(Lacey, WA) The Gig Harbor Tides came into the match at North Thurston atop the SSC and left South Sound Stadium with a firmer grip on the Championship. The defending 2A Champs did have to work for this one as the spunky Rams were not ready to simply hand over the win.

In the first half the Tides work the ball several times into Ram territory but it wasn’t until the 18th minute when Ashley Wright popped in a shot off a crossing assist from Alyssa Gray to make it 1-0. The Rams did get one good counter in but missed the shot to the left of Tides keeper Claire Bosselman. They went to the break with the 1-0 lead.

The 2nd half was a different story as the Tides came at the Rams in waves but the missed shots, a solid backline for the Rams including Sophia Selstrom, Madison Hansen and Madison Vu and keeper Chevelle Woods kept the Tides at bay until a scoring flurry in a 6 minute span.

The scoring began in the 56th when Lily Paulson took a throw in dribbled to her left and lofted up a crossing pass that Alyssa Gray headed it in for the 2-0 lead. Gig Harbor made it 3-0 3 minutes later when Madison Olmstead took a pass from Wright along from the end line and Olmstead was there to rebound it into the net.

The Rams then got on the board in the 62nd when Annie Hoffman took the ball near midfield, drove down to the top of the box and fired a shot past the defense for the tally. But that would be as close as the Rams would get as the Tides held firm to secure the 3-1 lead.

Gig Harbor improves to 10-0-1 while North Thurston drops to 7-3-1 but still with a secure grip on 3rd place behind the Tides and Central Kitsap. Our Pacific Sports Spa Players of the Games went to the Tides Ashley Wright and for North Thurston Annie Hoffman.

ESN talked with Ashley Wight after the Tides win

Highlights of the Match including all 4 goals, a great save and a near miss!

Thu Oct 24 , 2019
10/24/19 (Cleveland, OH) Fox8 News out of Cleveland has a cool story on a young man, a sophomore with autism making his first tackle in a varsity football game. Check out Fox8’s story by clicking here. 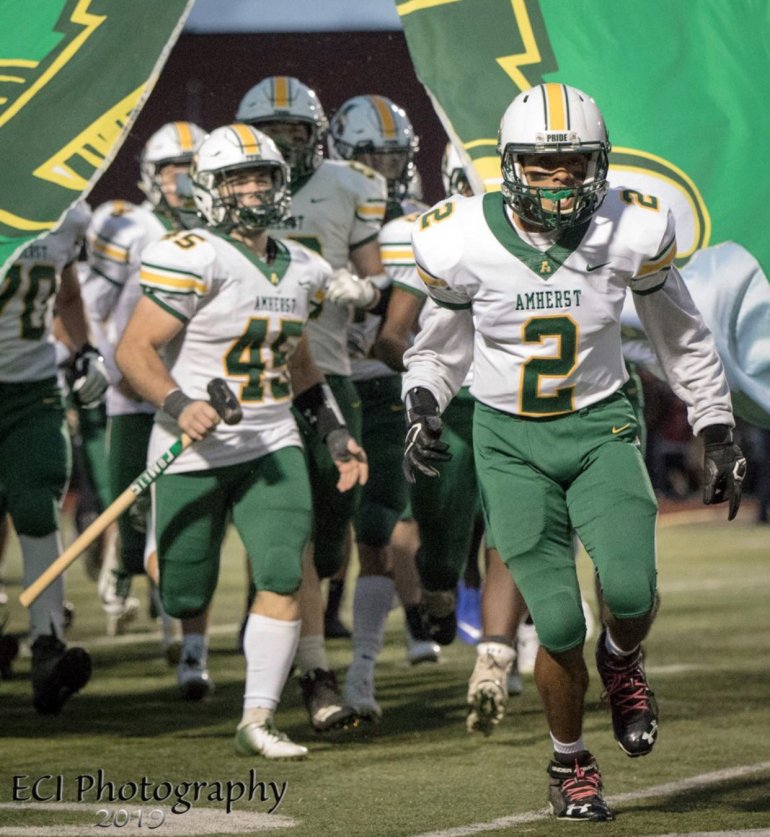