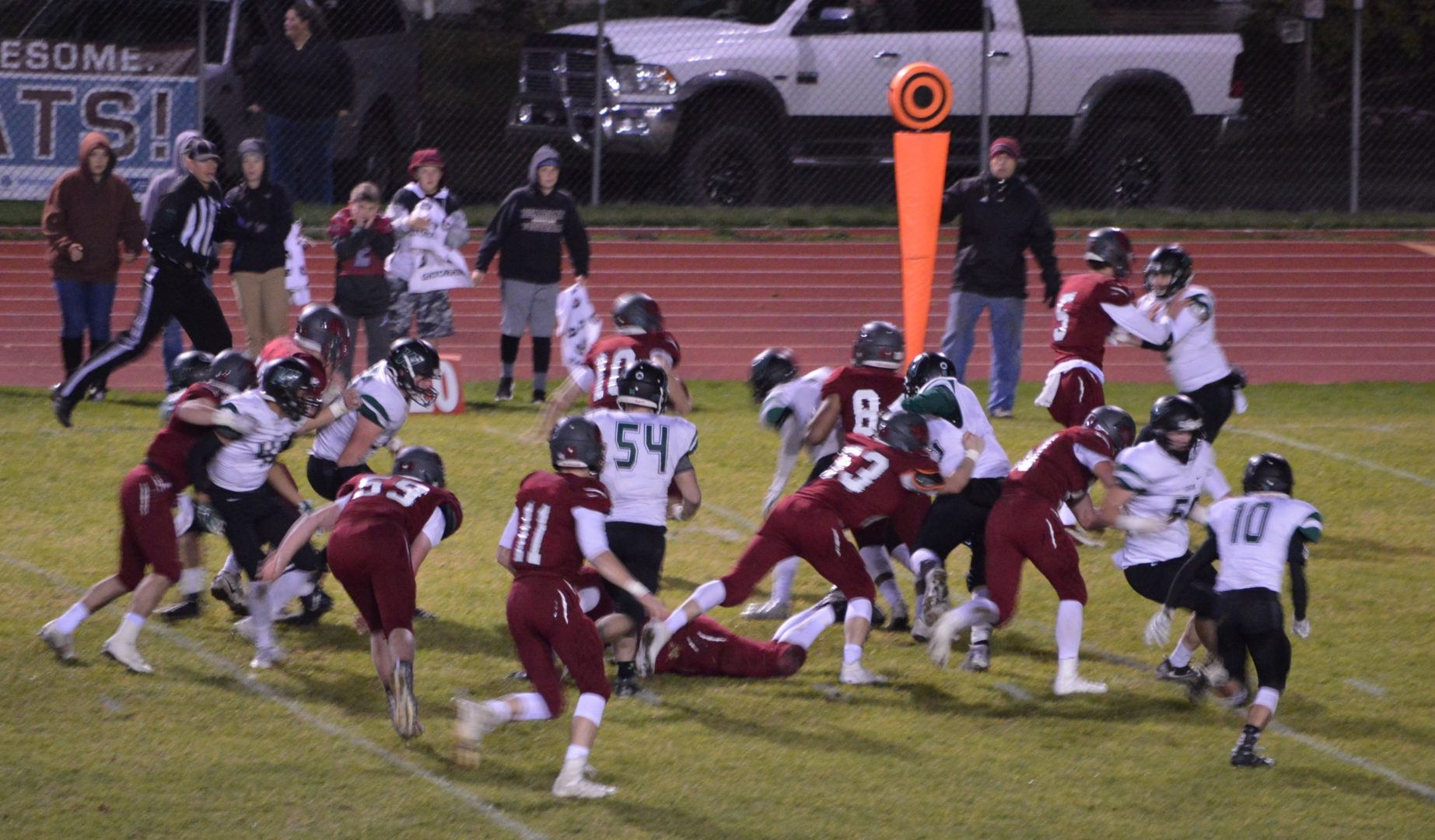 Friday, October 18 is gonna be a huge night in Football with several contests likely deciding league Champions. Below is a guide to our games on the air tomorrow night and other games you can watch with your ESN/NFHS Subscription. The cost is $10 and it’s good for 30-days. Go to elisportsnetwork.com to get signed up today. Here is the line-up (All rankings are by Evans Ranking):

All Games times unless otherwise noted is 6:45

State ranked #1 Napavine vs State ranked #2 Onalaska in Ony. It’s not only a battle for the Central 2B it is a battle for the State’s top spot. On the Call is our 2B guru Garrett Spivey and the latest addition to the ESN family Jeff Mottorocci. Both teams are 2-0 in league and 6-0 on the year. The only common opponents don’t really tell us much as Napavine beat Wahkiakum 49-6 and MWP 59-0 while Ony beat Wahkiakum 58-6 and MWP 72-0. Both teams are used to putting up a ton of points so will it be a shoot-out or will the defenses rise and keep it a lower scoring game? It will be interesting to say the least.

#1 ranked Tumwater is at #4 ranked WF West. Last year the always powerful T-Birds were stunned by their cross town rival Black Hills who beat Tumwater and claimed the EVCO 2A title. Now WF West feels it’s their turn and they want to do it on their home field. WF West also sports one of the few remaining natural turfs at the 2A level so will that play a role especially if it comes up wet? One of our stallwarts Luke Kilgore with Matthew King have call of this game.

#9 ranked Zillah at #10 ranked La Salle in Union Gap. No doubt the 2 undefeated teams have been hampered in the rankings due to the competition they have faced. Each are 6-0 and both defenses have given up a grand total of 27 points. Zillah has scored 271 and the Lighting 324. Once again will it be a shoot-out or are the defenses this good? Our main man in Yakima Will Gaethle and his crew will have the call in this can’t miss showdown.

Sumner at Emerald Ridge (Sparks Stadium). The Spartans come in with a half game lead over the Jaguars and the winner of this could have the inside track to 2nd place. Puyallup is certainly still in the mix as the Vikings and Sumner are both 4-1 and Ridge 4-2 all grouped together behind front-runner Graham-Kapowsin. Looking at some common opponents the 2 teams remain very close so on paper this should be a great battle between a long time heavyweight in Sumner and the up and coming Jags. Paul Beattie and Tony Davila will be on the mics for this one.

Tahoma at #8 Kentwood (French Field). The Conks clearly are looking at next week when they face #1 ranked Kennedy Catholic but they better take care of business first. Tahoma is battling for that 3rd spot in the Mountain division of the NPSL 4A. If Kentwood wants to truly “arrive” they will need a win over the Bears to set themselves up for that battle of unbeatens on Saturday, Oct 26. Our North voice, Brandon Brown will be joined with the pride of Puyallup Tanner Pierce for tha call of this very important match-up.

West Valley (Yak) at Moses Lake This is a battle of 0-3 teams but 2 completely different 0-3 teams. West Valley is 0-3 and have been outscored a combined 15 points. Moses Lake has struggled having been outscored by 61 in their 3 league losses. If the Rams offense can kick it up a bit they should be to much for ML and the Rams should get their first win. But when it comes to offenses struggling and they don’t score points and allow teams to stay in the game it can mean what looks like a win on paper ends up as a loss on the field. Our friends with the Big Horn Network will bring us the action and hoping for that first Big 9 win.

Woodland at Ridgefield The Spudders are currently in 2nd place behind the defending 2 time 2A State Champs Hockinson who are still the team to beat. Ridgefield is 3-1 and 4-2 overall. The Beavers coming off a couple of strong years have re-gressed a tad but sit at 1-2 in GSHL play and a win over 2nd place Ridgefield would do a lot in helping the Beavers turn their season around. Our South end eagle eye Dan Trujillo is on the job. It’s just Dan by himself so it will be more a P-A style broadcast but he is a master with the camera and will bring you a great picture all night long.

Other Games you can watch on the NFHS Nework with your $10 30-day subscription are listed below. To subscribe click on this link elisportsnetwork.com, and click on the watch live button to the ESN page on the NFHS Network.