We have spent many years accumulating our followers on Twitter and we use it as one of our main sources of promoting our live broadcasts, our website and the awesome and cool things High School kids do when they are competing and outside of their sports. Plus we have coverage of other sports as well and all is keyed by our Twitter feed. Twitter has emerged as the leader in social media for sports fans because so often people simply want scores, maybe a highlight or link to more information that they can get immediately or they can save for a later time. Twitter is the perfect platform for sports, short to the point with the ability to add pictures and video.

Well Sunday night we were informed that our Twitter account was locked and suspended due to some suspicious behavior or posts. This caught us off guard because we work so hard to be nothing but a positive voice in High School sports. On our twitter feed we block all political, profane, lewd or intimidating or bullying types of tweets. We have even blocked some of our own people who want to post political things and we are not trying to force anyone to not post what they want on their Twitter feed, ini fact we encourage you to do so. But we also have the right not to want that type of posts on our feed so we block them.

I followed their instructions and Twitter was quite honest in their description of what may have triggered their software to suspend us. One of the things they are trying to reduce is spamming and one of the indicators is a large number of different devices logged in and transmitting messages. Well we are different from many media sources, we require all our people covering games to post scores, pics, messages, videos on the Youresn Twitter feed. They are welcome to also post it on their personal twitter feeds but first at Youresn. The goal is for our followers not to have to bounce around looking for the games we cover to find scores and we retweet as many other scores as possible.

That is the background on our Twitter account and so losing access to 9,000 followers certainly grabbed our attention and we needed to get access back as soon as possible and that is where our Odyssey began. Twitter says in their suspension message it’s simple to get back in all you need to do is click that button that says you are not a robot and then we will send you a code to your phone, type it in and you are back in good standing. See the suspension wasn’t based on any content we posted but rather the large number of people from all over the State logging in and posting messages on the same account that triggered the “investigation”.

All I had to do was change the password, get the code, type it in and bam we’re good, should have taken 15 minutes tops. Twitter even said click the box and enter the phone number you want the code sent to for the verification process. Simple!! Except….EXCEPT if you have entered a phone number in your settings when you set up the account, which is optional, it won’t let you enter a different phone number for the verification code. It won’t even give you the full number you have in your settings except for the last 4 digits. The last 4 digits were 1511 which guess what…was an old phone number I do not have anymore.

There was no option around the phone number already associated with the account. I tried to remember the the rest of the number thinking I could call it and hope someone else had it and would be kind enough to send me the code but I could not remember the number. Our only option was to appeal the suspension which could take 2-3 days so we waited. I wrote out that it was our fault for not updating the phone number and wrote who we are and what we do and how we are an account Twitter wants we are not negative.

Monday no answer, so I wrote 2 responses to the automated e-mail that came back. Tuesday same thing, no answer on 3 more communications, this was day 3. Then on Wednesday after reading a lot about Twitter and how they operate we found out that due to the many fake accounts that are put up on a regular basis they are trying to thin it out which is understandable. We also read that with the wrong phone number they are pretty strict and won’t release the account except to that number which meant we were screwed.

I figured maybe if I called support they would understand and I could give them other proof it was my account and they could manually fix it and let us back in but guess what? Twitter has exactly 0 as in zero as in nil, none, no human you can talk with in a supportive role. They have not even hired a firm from India to take calls or assist Twitter account holders. You are at the mercy of a computer and there did not seem like anyway around this issue we had to gain access back to our Twitter account.

Wednesday morning we gathered our social media braintrust together, (Heather and Brittany) and then I (Paul) had to tell them that not only did I not think we were going to get access back I may have just sealed the deal with what I did before talking with either of them. Sometimes, just sometimes I can be a bit impatient and some have called me pushy, can you imagine…ME…PUSHY!! Outlandish!!

Anyway I was trying to find a way to actually maybe talk to a human or draw attention to our plight and have a pair of human eyes actually see what had happened to our account and how it was a mistake and seemed unfair because we dared fill out all the information that is now being held against us so I wrote a letter to the Marketing Director of Twitter. Bam, 8 hours later we have access back to our Twitter account.

Ok, you’re not buying that right? I kinda wrote a letter and it was actually nice just explaining our situation and how we were exactly the type of company we believed Twitter would want as one of their account holders and that we purchase Twitter ads throughout hte year but without knowing if our account is going to up or suspended then clearly we could not do that anymore.

What I didn’t tell you is I wrote that letter in a complaint against the Director of Marketing of Twitter. I found their list of top corporate officers and clicked on the marketing director and of course they do not have e-mails or phone numbers so I went to her twitter account and filed a complaint against her. I picked her because of the fact we buy ads from Twitter and thought that might catch the most attention. When you file an abuse complaint they ask you what the abuse was and I said this lady was using our account as if it were hers. There is then a description box of what our alleged complaint is and for us to describe it. This is where I apologized and explained what had happened and even wrote, “I know this is a long-shot but it is the only hope I have that an actual human will see this and be able to help us so please accept my apology for filing a bogus claim.”

We then decided we likely were not going to get back our Twitter account so we began to re-create from scratch a new account and at the same time believe that we need to get in the Instagram game so we created a new Instagram account too. We informed the 50+ Eli Sports employees about the new accounts and log in information and told them to start pushing the new accounts and not only did we have 9,000 followers we followed about 900 others so start following others and let’s get back in the game.

That night I had a Volleyball match to cover in Montesano and our other crew was doing the soccer match at Monte and the time it took to drive from Centralia to Montesano I looked at my phone and saw an e-mail from Twitter and it said this:

Hello,We’re writing to let you know that your account is now unlocked. We’re sorry for the inconvenience. A little background: We have systems that find and remove automated spam Twitter accounts, and it looks like yours was flagged as spam by mistake. This can happen if an account exhibits automated behavior in violation of our rules.We apologize for the mixup, and hope to see back on Twitter soon. If you need to get in touch with us again, please file a report through your Twitter app or our forms page, as this account isn’t monitored for replies. Thanks,Twitter

Yes it very much could be their usual response from the first appeal form I filled out on Sunday night and they just finally got to it or was it someone who did see my claim and saw our situation and fixed it? I don’t know the answer, my hunch is it was the automated system but I want to believe it was my obsessive reaction to find an answer. I simply don’t know for sure.

I do know this, if you want to protect your Twitter account or apparently any of your on-line accounts make sure you only put in the information they require, any optional information is not necessary this is not a school history test and you get extra credit for more information. Additionally, when things like phone numbers and e-mails change make sure you have them updated in your settings so if something goes wrong you can get access to what you need to do to fix or verify the account.

We are back stronger than ever on Twitter at Youresn and now on Instagram at Eli Sports Net so follow us if you like we’d love to have you and we’re super glad to get our beloved contacts back and to be able to let them know how their favorite team is doing or celebrate our Players of the Game.

The new media is indeed an Odyssey and there’s no turning back now!

Mon Oct 14 , 2019
10/13/19 This football season is flying by and the games are getting bigger and more meaningful and week 6 began answering some of the questions. In the 4A GSHL there is little question of who has emerged and it is now officially a 2 horse race with undefeated Camas rolling […] 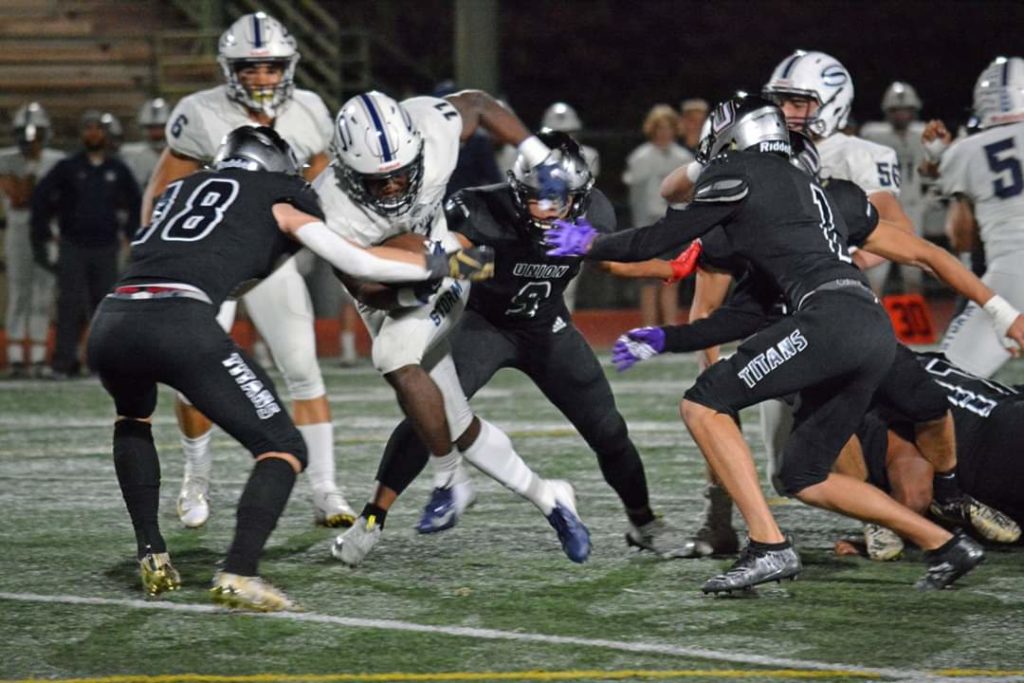