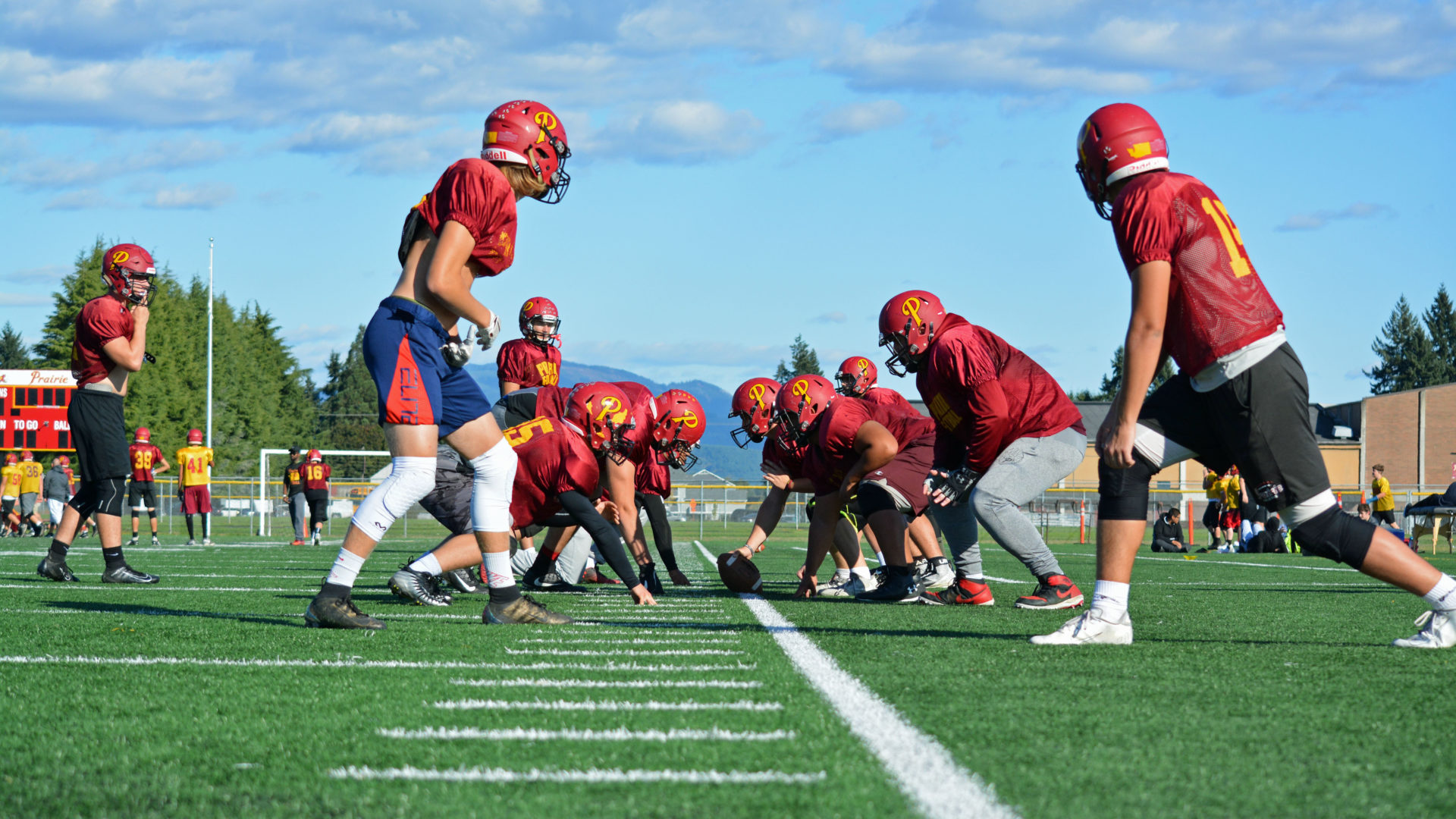 This is a new feature allowing us to highlight the high school football games we are going to broadcast right here on elisportsnetwork.com.

Tonight, we have two broadcasts on tap when Timberline welcomes Peninsula to town and Kentridge hosts Hazen. Eli Sports also plans to air nine games Friday and one Saturday.

Our Southwest Washington game of the week features two 4-0 football teams clashing at District Stadium in Battle Ground, as the Kelso Hilanders and the Prairie Falcons plan to kick off the 3A Greater St. Helens League season in style.

“It’s cool for high school football. It’s why you play the game and compete,” said Kelso head coach Steve Amrine. “You gotta get up and go. It’s always fun playing in big games.”

Although Amrine said the Hilanders have been off to a fast start like this plenty of times, Prairie hasn’t been 4-0 in football since 1985. That’s two years before head coach Mike Peck was born.

“It’s awesome to be pumped about being 4-0, but we can’t forget to keep doing the things that got us there,” Peck said. “We have to keep working hard every single day and do everything we can to get better. Just keep that mindset of basically getting one percent better each day.”

The Falcons smashed their school district rival Battle Ground 38-6 last week, Black Hills 56-14 in week three, Washougal 36-6 in week two and outlasted Parkrose 52-33 in week one. Quarterback A.J. Dixson has thrown for 932 yards and 14 touchdowns, and rushed for 295 yards and five touchdowns. Jimmie Barton, Dustin Shelby and Treyce Teague have been Dixson’s main targets, along with his brother Zeke.

“Everything we’ve done before this, at the end of the day for playoffs, doesn’t matter,” Peck said. “You have to win league games to get to the playoffs. It’s like starting all over again, 0-0.”

Kelso outscored Mark Morris, R.A. Long and Heritage 151-7 in the first three games of the season. The Hilanders defeated Aberdeen by forfeit last week. Amrine said Josh Webb has been the stalwart with 385 rushing yards and nine touchdowns. Conner Noah has five touchdown runs. Quarterback Marshall Colman is itching to play past the first quarter.

“We like to spread the ball around and give lots of kids an opportunity,” Amrine said. “This is a tough league. The more guys you can play, the better off you are in the long run.”

The stage is set for a thrilling football game Friday. Kelso and Prairie have worked hard for their 4-0 starts, but their next five weeks count even more.

“District Stadium is going to be packed and it’s going to be loud. You have two 4-0 teams ready to battle. It’s going to be a four-quarter game,” Peck said. “That’s the way football should be played. It should be an exciting night for both communities.”