Cameron Repetti liked the first pitch he saw with two runners on in the bottom of the sixth inning and hit it out of the ballpark.

“Hoping it was a first pitch fastball. I got it, and luckily, I didn’t miss it,” said the Cypress High School graduate bound for Cal State Fullerton. “I knew I hit it well. When I saw it go over, I was pretty hyped.”

Repetti’s 3-run blast propelled the Ridgefield Raptors to a 6-3 victory against the Walla Walla Sweets Sunday at the Ridgefield Outdoor Recreation Complex.

The win ended a five-game losing streak for the Raptors (11-10). The loss dropped the Sweets (15-6) into a tie for first place in the West Coast League’s South Division with the Corvallis Knights (15-6). Ridgefield is four games back, in third place.

“That’s a great team over there,” Repetti said of Walla Walla, who beat Ridgefield 13-9 Saturday and 5-2 Friday. “To be able to fight back and salvage the last game gives us momentum going into Bend.”

Michael Spellacy pitched seven strong innings for the Raptors to earn his third victory of the season on the mound.

“He’s a competitor,” Repetti said of Spellacy. “We know we’re going to get six out of him every time. In this case, seven.”

Defense played a huge roll in the victory for Ridgefield. Dusty Garcia leaped up into the batter’s eye in center and caught the ball in the fifth inning. He also made a diving catch earlier in the game. Jonny Weaver turned two double plays at shortstop.

Walla Walla jumped out to a 2-0 lead in the top of the second when Brock Ephan crushed a 2-run home run over the scoreboard in left field.

Weaver tied it at 2-2 for Ridgefield with a 2-run double in the bottom of the second. The Raptors loaded the bases and Steve Ramirez drew a walk to give Ridgefield a 3-2 lead.

Caleb Farmer led off the third inning for the Sweets with a double off the left field fence for the Emanuel Dean then drove Farmer home with a single to tie the score at 3-3.

Following his decisive home run in the sixth, Repetti got the opportunity to pitch in the eighth inning and retired three batters in a row.

“I tried not to carry my at-bat into my pitching,” he said. “You can’t pitch with that much emotion. I just had to take a deep breath, go out and throw a zero up there.”

In this case, two zeros. Repetti went back out to pitch the ninth, looking to shut the door on those scrappy Sweets. He struck out the first batter. Then retired the next one. After Walla Walla got two runners on with two outs, Repetti mowed down the last batter to earn his second save of the season.

Ridgefield travels to Bend, Oregon, for a three-game series against the Elks (10-11) July 2 to 4. The Raptors then return home to face the Corvallis Knights July 5 to 7.

Baseball fans should mark their calendars for July 12 to 14 when the Cowlitz Bears, of Longview, Washington, come to Ridgefield. The Portland Pickles then visit Ridgefield July 19 to 21.

To purchase tickets, go to ridgefieldraptors.com.

Mon Jul 1 , 2019
6/30/19 “AnyPortinaStorm” Blisters Mile preview (Auburn, WA) The road to the Longacres Mile is not as long this year and for those thinking about taking a shot at the early favorite better figure out how to put some early pressure on AnyPortinaStorm otherwise stretching out or they will all be […] 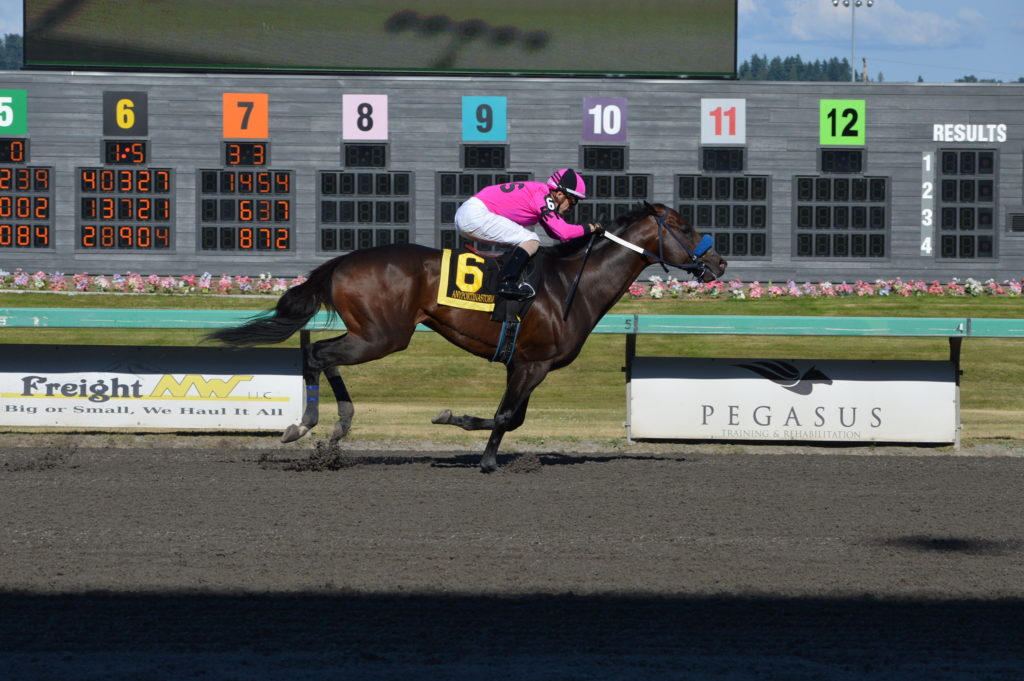