These three traits describe Leta Meyer and her dedication to Greater St. Helens League athletes in Southwest Washington for 35 years.

The 62-year-old from Vancouver has been the director of Heritage High School athletics since its inception in 1999. Before that, she inspired the girls she coached in volleyball, basketball, softball, track and golf at Mountain View High School.

“If you don’t have a dream, you can’t make a dream come true,” Meyer said. “My dad was an immigrant from Italy. What myself and my brothers learned growing up was nobody is going to give you anything for free. You have to work for it.”

Monte Guglomo, Meyer’s father, came to the US with his parents in 1908 at the age of 2 and grew up in Vader, Washington. Monte and his wife Ethel settled down in Kelso and raised four children. Leta was the youngest with three older brothers.

“Growing up, all I can remember is playing something. We were always outside,” Meyer said. “Everything I did just revolved around sports.”

She has fond memories of watching Notre Dame football with her father. She was a big UCLA basketball and John Wooden fan. Meyer also experienced the beginnings of Title IX, saying that the opportunities for women were “not abundant” when she started playing sports. She was inspired by tennis player Billie Jean King, women’s basketball coach Pat Summit and by her own mother, Ethel, who stayed at home and took care of four children.

“I’ve always been a super hard worker,” Meyer said. “When somebody told me I couldn’t do something, I’d be like “Oh yeah, watch this.’ I want to prove people wrong.”

Meyer graduated from Kelso High School as a three-sport athlete in 1975. She achieved her Associates in Arts degree from Lower Columbia Community College in 1977, her Bachelors of Arts from Central Washington University in 1979 and her Masters in Education from Lewis and Clark College in 1984.

“My dad bugged the heck out of me until I got my Masters,” Meyer recalled. “When I got my Masters, I drove to Kelso, showed him my diploma and he just sat there and smiled. He was happy, because for him, that was the American dream. To get an education, have a hard work ethic and work for the things you want.”

Meyer’s father taught and coached multiple sports at Kelso High School for years. He retired in 1971 and died in 1993 at the age of 86. Meyer was 36.

“He was such a strong influence on me,” she said. “He’s been in my head ever since.”

Blazing her own trail

After starting out as a substitute teacher and an assistant coach, Meyer thanks Hap Hapila for giving her the opportunity to come to Mountain View in 1983 and work full-time. She is the only coach in the school’s history to take four different sports teams to the state tournament: Volleyball, girls basketball, track and girls golf.

Meyer coached volleyball, basketball and softball during the same school year. She then gave up basketball and started coaching the distance runners in track. When girls golf started in the Greater St. Helens League, Meyer became the program’s first coach at Mountain View.

“I remember I had a lot more energy back then than I do now,” Meyer said with a chuckle. “It was just something I was so passionate about. That’s all I really wanted to do was to coach.”

Then came the opportunity to become the first athletic director at Heritage High School, a position she has given her whole heart to for the past 20 years. Meyer helped design the school’s gym and outdoor playing fields. She has also helped student athletes understand the importance of education while playing the sports they love.

“We are teaching these athletes the value of education. Their grades are being checked. Their attendance is being checked. Our main goal is for them to graduate. Grades and attendance come before sports,” Meyer said. “Our coaches are teaching life lessons. How do we transfer this adversity that we’re facing now with adversity we’re going to face later in life. How tough are we going to be. How are we going to overcome and outthink and outwork.”

End of an era

On Friday, Meyer said “goodbye” to coaches, students, colleagues and friends after 35 years in the Evergreen School District. The 62-year-old is ready for her next challenge. Retirement.

Giving up the reigns is going to be hard, but Meyer says it’s time.

“I’m grieving for something I’m going to lose, but I know that the future and the things I want to do are plenty,” she said. “This is what you work for. The opportunity to retire. I’m just so thankful that I’ve had a great career. I worked with tremendous students and awesome people and created lots of friendships.”

Meyer left her mark on the Greater St. Helens League. She served two terms as President of the 4A GSHL and has been the league treasurer since 1999. She has also been a district tournament director for basketball, bowling, golf, softball and wrestling.

One of Meyer’s proudest moments was when Ridgefield, Vancouver and Camas hosted the state golf tournaments in the spring of 2015. She said it would not have been possible without colleagues Janet Elliott, Karla Kaylan, Dana Newsom and Jeanne Shults stepping up to run those tournaments.

“It makes you look good when you hire good people,” Meyer said. “All I had to go was go to each site and make sure things were moving smoothly.

“The community is a big place,” she added. “But really, in athletics, it’s not.”

Friday’s final rounds at Heritage for Meyer included a loop around the parking lot for one last look before she left.

This isn’t goodbye forever, she vows. It’s see you next time.

“Clark County is an outstanding place to live. We’ve got outstanding coaches, outstanding schools, outstanding communities, school boards and school districts that value education, athletics and activities,” Meyer said. “Just keep loving kids and keep giving kids opportunities to be successful because those kids are going to come back one day. Hopefully, they’ll want to teach or coach.”

Mon Jun 24 , 2019
6/21/19 I am hoping this segment is an on-going column and hoping I can get some folks who know of some really cool and weird stories, in fact the weirder the better to pass them on to me. My plan is to add new stories we come across to the […] 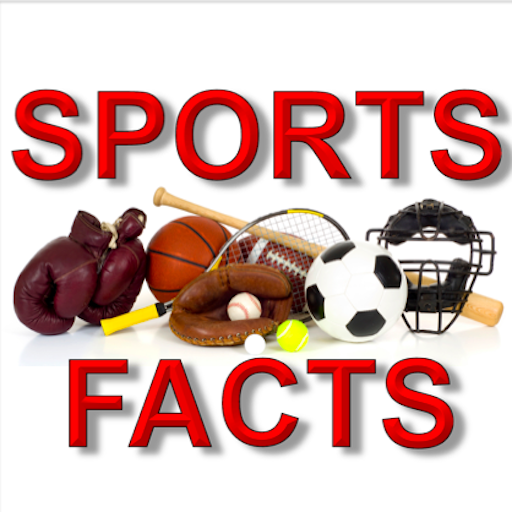