Dave Lutes retires after 42 years in the Kent School District

There’s a saying that no man is a failure who has friends.

After working as a football coach and an athletic director in the Kent School District for 42 years, Dave Lutes retires with a wonderful life built by relationships and memories.

“I can’t tell you about the championships we won. It’s more about the coaches and players,” recalled the 66-year-old. “It’s not about hardware. It’s about the people.”

The journey began for this lifelong educator at Kentridge High School in 1977. When Kentwood High School opened in 1981, Dr. George Wilson gave Lutes an opportunity he couldn’t refuse.

“He told me ‘in two years, I want you to be the football coach and athletic director at my new high school.’ I was only 22. That was a lot of responsibility to give to me,” Lutes said.

“I think George just saw something in me,” he added. “I took a lot of pride in all the sports programs we built at Kentwood.”

Lutes compiled an 81-20 record during his nine seasons as a football coach at Kentwood. The team reached the state semifinal round four times and played in two state championship games.

Many recall a difficult time for Kentwood in 1988 when Lutes suspended six football players for drug-related athletic code violations two days before the team was going to play in the state championship game.

“People would tell me, ‘How could you make that decision. That would be so hard.’ No, the experience was hard. The decision wasn’t,” Lutes said. “The decision was immediate. Those kids let us down. They broke the rules. I’m not going to let them play in the state championship game. The lessons taught were tremendous for our program, our students and our district.”

Lutes has a special place in his heart for the football players who came back for the 1989 season and recommitted.

“It was a really special year,” Lutes recalled. “The kids were upset that happened because they let the program and the school and the community down. They came back and were determined to make it back to the dome and we did.”

With his coaching dreams fulfilled, Lutes embraced the challenges as athletic director of the Kent School District. For the past 29 years, he has assisted students from four high schools, six middle schools, 28 elementary schools and two alternative schools.

Some of his fondest memories was watching the Kentlake volleyball team win three state volleyball titles in a row between 2000 and 2002. His daughter, Kristin, was part of a core group of players who stayed together all three seasons.

Lutes will also never forget when the Kentridge girls and boys basketball teams captured the 4A state championships on the same night at the Tacoma Dome in 2017.

Although these were big wins for Kent, Lutes said they would not have been possible without the hard work and dedication of those athletes, coaches and families. The relationships established and the memories created during those long and arduous months will last longer than those trophies collecting dust in a case.

“I got to know a lot of great people, not only on a local and regional level, but all across the state. People I never would have met without working within the district,” Lutes said.

“What it boils down to … it’s not so much about the wins and loses or the trophies, It’s the relationships,” he added. “You are going to keep those special relationships intact.”

Dave Lutes favorite relationship is with is wife, Linda. They have been together for 52 years, been married since 1975 and will celebrate their 44th wedding anniversary this month.

Linda, a long time dental hygienist, plans to retire at the end of June. They are both looking forward to a 10-day trip to Honduras in October.

Dave and Linda Lutes have eight grandchildren who live about 15 minutes away from their home with a swimming pool in the backyard. Dave cannot help but dream of the summers ahead soaking up all the memories with his family and soulmate.

Thu Jun 13 , 2019
6/13/19 The Anacortes Football team will practice and prepare to play weekly this year but only for Monday afternoon games. The Friday night lights will remain dark in 2019. Skagit Valley Herald’s Vince Richardson has the full story here. 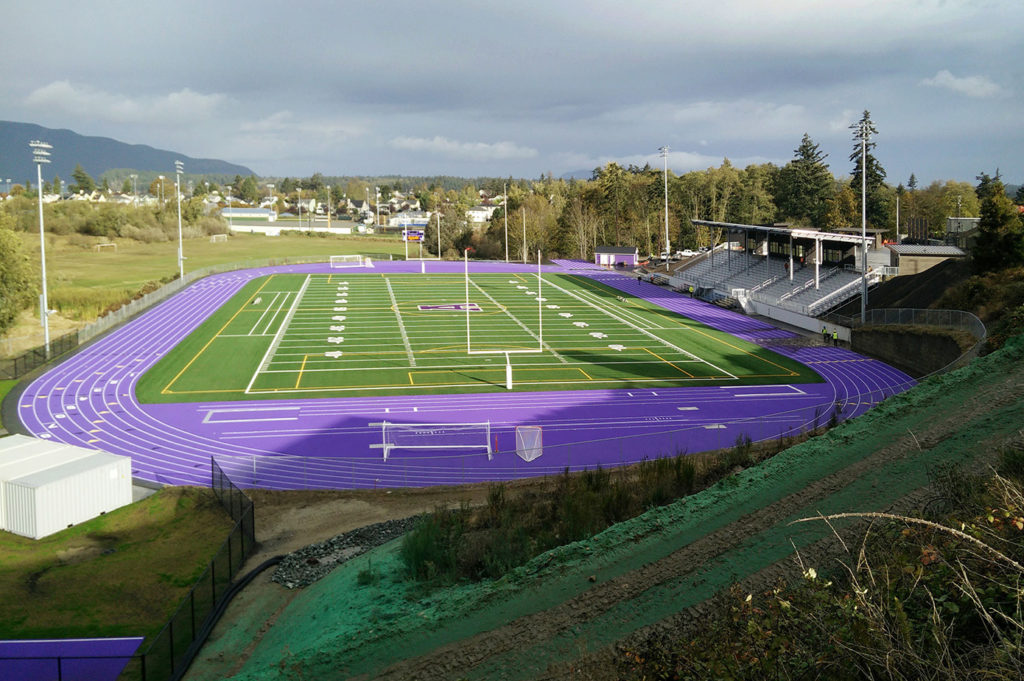