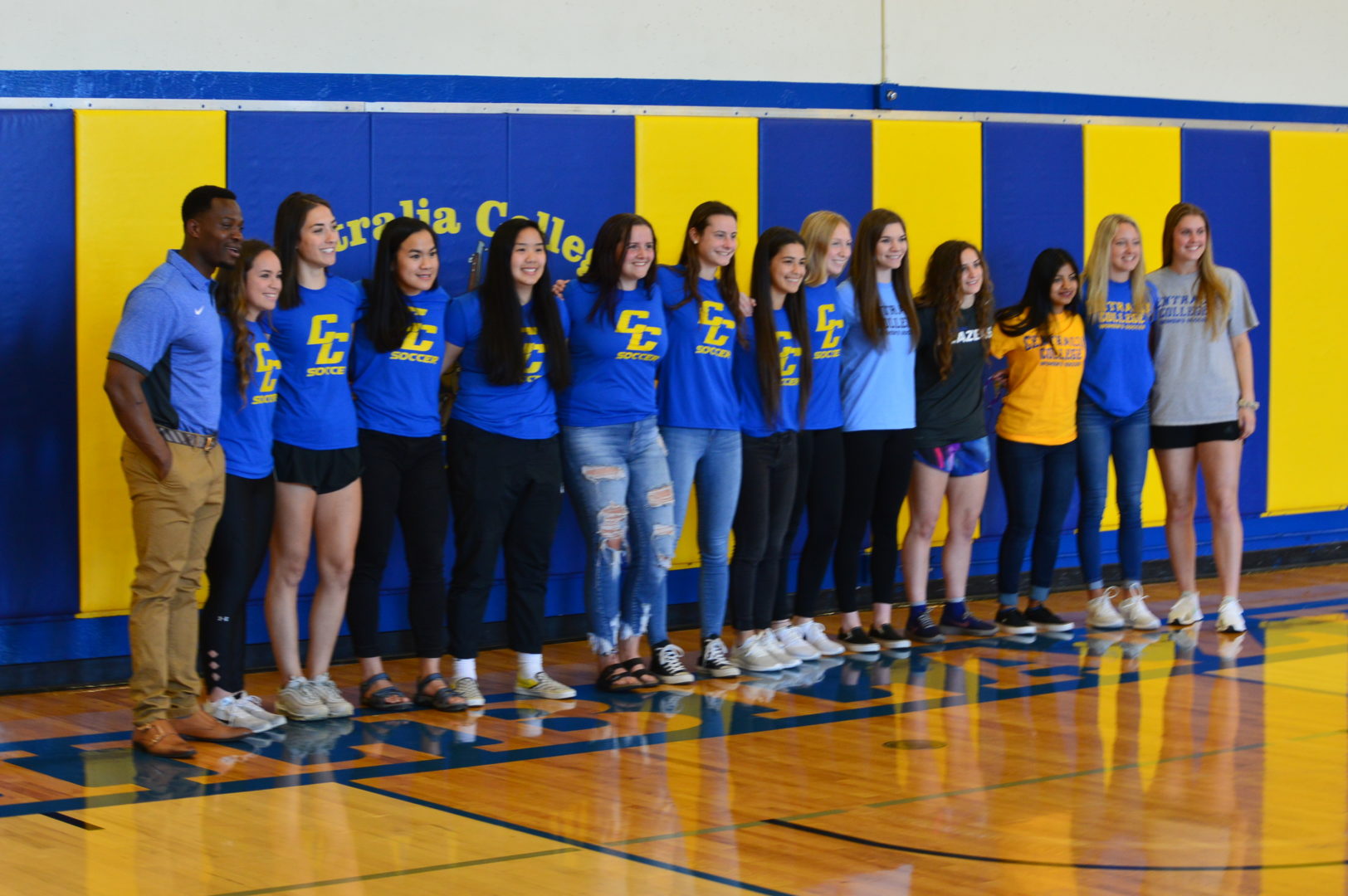 (Centralia, WA) New Centralia College Blazer women’s soccer coach Clarence Gunderson was excited to present much of the re-made Blazer team. Gunderson welcomed 8 of his 10 committed players who are coming to Centralia College to help turn the program around. Last year the Blazers struggled and finished just 3-16-1 overall and 2-14 in league with both wins coming over winless Grays Harbor. Gunderson did not sugar coat the fact that next year with just 5 returning players and the rest all freshmen this will be a tough year to compete for post season but firmly believes there will be vast improvement over last season.

We had a chance to talk with all the new Blazers in attendance at the signing ceremony along with new Coach Gunderson and the returning players. Below are all the interviews along with photo’s from the event. The Blazers play in the 8 team West Division of the NWAC and play will begin in August.