Soccer: evco 2A Tumwater denies Centralia League title and ties up the top of the standings 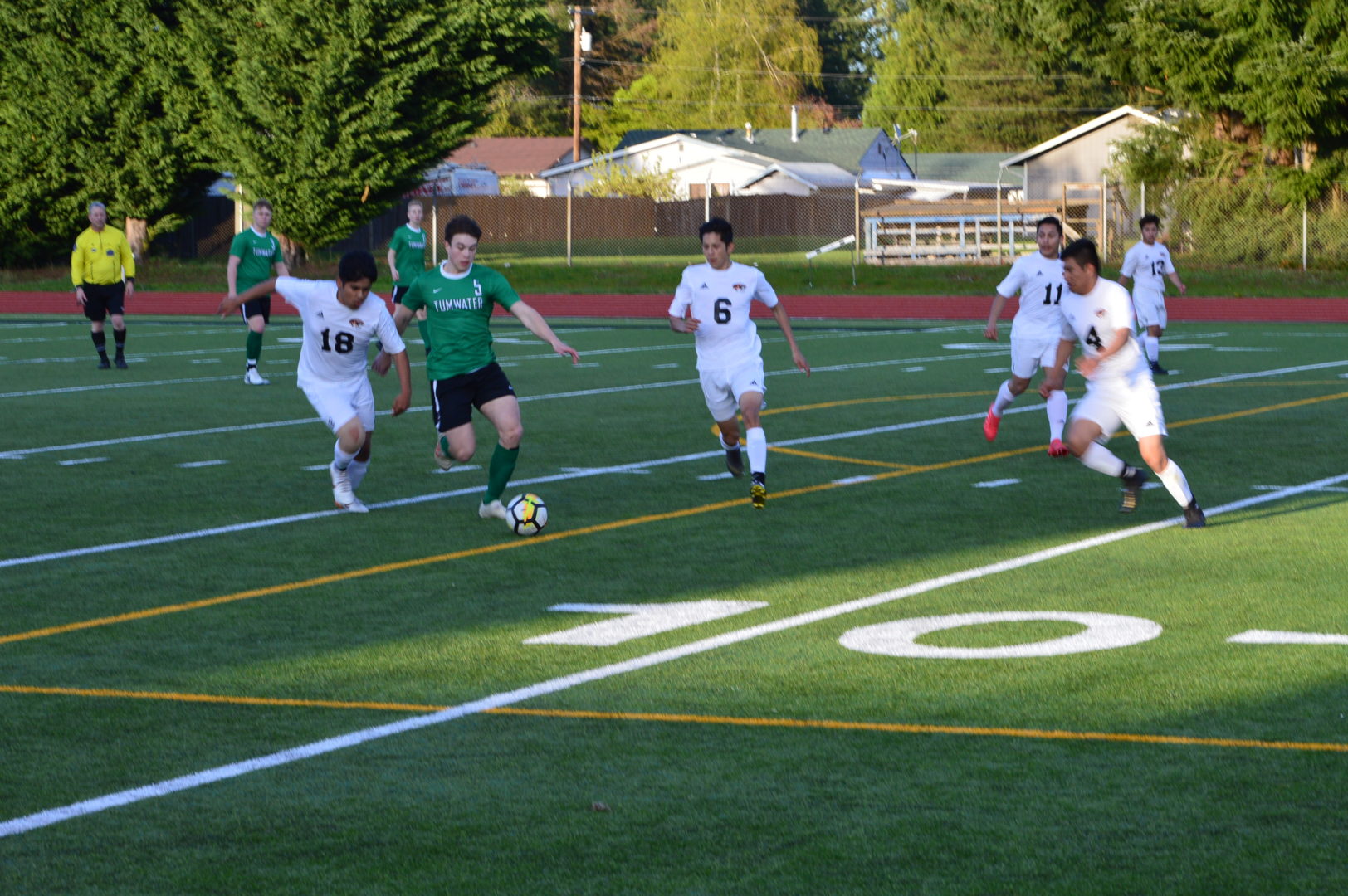 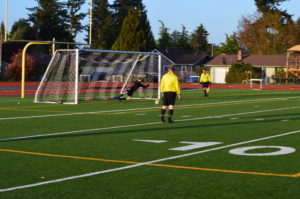 (Tumwater, WA) The T-Birds were in a must win situation if they wanted to be league champs and a shot at the #1 seed going into the District tournament while the Tigers could clinch both with a win over Tumwater. The T-Birds made a critical mistake in the 30th minute when a T-Bird defender took down a Tiger in the box leading to a penalty kick. Centralia’s Alex Alvarenga knocked it past T-Bird keeper Scott Duboisky to take a 1-0 lead. That would be the score going into halftime and after a rather physical 1st half the Tigers were well positioned to wrap up the title.

When the 2nd half began the Tigers may have been too comfortable with only a 1 goal lead and Tumwater’s Austin Mikesh ws not about to lay down and let the Tigers walk away with the title. Mikesh became a 1-man wrecking crew as he popped in the tying goal just 3 minutes into the 2nd half. Dakota Seddon fed him the ball for the assist. It didn’t take long for the T-Birds to take the lead in the 48th minute Zach Dodge booted it into the back of the net on an assist from Mikesh and they were up 2-1.

Mikesh then simply overwhelmed the Tiger defense pounding in a 2nd goal in the 56th. Then there was the icing on the cake when Mikesh spotted the ball on the 47 yard line for a free kick and drilled it into the upper portion of the goal for a 4-1 lead. (See Video below Photo Gallery) Mikesh in just 20 minutes scored a hat trick and added an assist and literally put the game away. The only thing left to do was to protect their goal differential with Centralia in case they finished tied for 1st both teams have now beaten each other so the tie breaker for the #1 and #2 district seeds is head-to-head goal differential and with 20-minutes to play they now had a 6-4 lead.

Centralia battled and did score again but very late when Mario Silva knocked in the shot with less than a minute to play in the match to make the final score 4-2 and Tumwater holding a 6-5 goal differential in case of a tie which there is a good chance for a tie with only 1 match to play. Tumwater takes on crosstown rival Black Hills but to make it interesting they lost to Black Hills in their first meeting 1-0. Centralia also takes on their rival WF West in their finale next Tuesday and beat them in their 1st meeting 3-1.

It would seem that the #1 and #2 seeds are down to these 2 teams but Aberdeen is looming right behind with a 6-3 record and they will finish with Rochester. If Aberdeen wins and both Tumwater and Centralia lose then there is a 3-way tie for 1st and if just one of the teams lose then there is a tie for 2nd. The reason that is important is the #1 and 2 seeds get to host the GSHL 3 and 4 seeds while the EVCO 3 and 4 seeds travel to the GSHL 1 and 2. And why not make this even more confusing for the battle for the 4th and final entry to post season, Black Hills and WF West are tied at 3-5 and they both have 2 games to play including against each other because their first meeting was cancelled due to lightning. The Bearcats won the first match 5-3 so it will come down to Black Hills having to win and having to make up those 2 goals at least to pull into a tie.

The EVCO 2A is far from being settled with 1 game to go for 4 of the teams and 2 to go for 2 teams. Our Thorbeckes Players of the game in the Tumwater win over Centralia went to Austin Mikesh for the T-Birds and Christian Rangel-Velazquez for the Tigers. 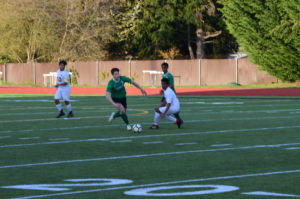 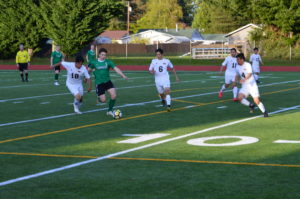 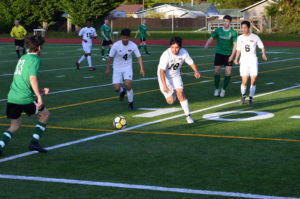 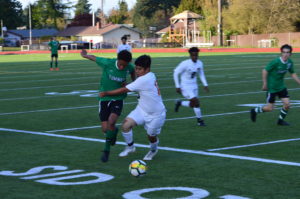 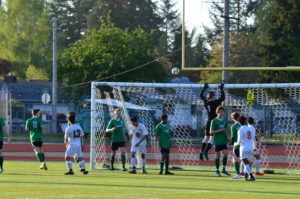