The EVCO 2A Fastpitch standings tightened up on Wednesday but WF West remains the target at the top of the hill. The Bearcats handled winless Black Hills to improve to 5-1 with their lone loss to Rochester who is now emerging as a force to deal with as they won back to back games beating Centralia and including that stunning 7-1 win over the Bearcats on Monday. Meantime, it was a showdown in Tumwater with the 4-1 Aberdeen Bobcats in town to face the 3-1 T-Birds. Tumwater held sway at home and improved to 4-1 just a half game behind WF West. Below is our our story on the T-Bird win and re-caps of the Bearcats and Warriors but first the current standings:

(Tumwater, WA) The T-Birds got things started with a 2-out rally in the bottom of the 1st . After Bobcat starting pitcher Kacie Powell walked lead-off batter Myiah Seaton she retired the next 2 batters to quickly get 2 outs with 1 on. Nikole Schock then battled through a full count to single to knock in Seaton taking a 1-0 lead. Court Abbot then singled followed by an RBI single by Sawyer Vessey and then capped off with a 2 run single from T-Bird starting pitcher Savannah Owen who helped her own cause and Tumwater led 4-0 after 1.

Aberdeen struck back in the bottom of the 2nd when Logan Glanz ripped a solo shot deep over the Center Field fence but that would be all the Bobcats could get in the 2nd. Glanz would single in the 3rd to knock in the other Bobcat run after Haily Wilson singled with 1 out.

Tumwater scored again in the bottom of 2 when Ellaney Jelcick tripled and then knocked in on a fielder’s choice from Seaton. Jelcick would score again after leading off with a single and then coming in on a double from Seaton. Seaton then scored on a grounder by Katie Cunningham. Cunningham finished the scoring with a solo shot home run in the 6th. Owen picked up the win on the hill. Our Pacific Sports Spa Players of the Game went to Tumwater’s Ellaney Jelcick and Aberdeen’s Logan Glanz.

(Chehalis, WA) WF West defeated Black Hills 12-1 in 5 innings of their EVCO 2A League match up.  Jasmine Gallea went the distance in the circle for the Bearcats scattering 3 hits, striking out 5 and allowing just one run.
WF West hit 3 home runs on the day highlighted by a 2 run shot in the first inning by Paetynn Lopez.  Anninka Waring added a 2 run home run in the third along with a solo home run from Taylor Barker.  Mackenzie Theophilus played an excellent overall game for Black Hill as she pitched in relief and scored the lone run of the game for the Wolves. With the win WF West moves to 10-1 (5-1) while Black Hills drops to 1-10 (0-7).

(Rochester, WA) The Warriors saved all their scoring for 1 inning as Centralia took a 1-0 lead into the 5th inning. Callie Crawford belted a 3-run home-run to clear the bases and give Rochester their 1st lead and a lead the Tigers could not overcome. Rochester coupled this win with their big win over WF West on Monday for their first back-to-back wins since their first 2 games of the season. They will next face winless Black Hills on the road and then games next week against Tumwater and Aberdeen where they could make a big run into the top 3.

Centralia drops to 2-3 and will look to bounce back tomorrow, the beginning of a rough 4 game run over the next 7 days. The Tigers are 2 games behind where they should be due to rain-outs. They take on Tumwater tomorrow, Aberdeen Friday then Black Hills and WF West next week. 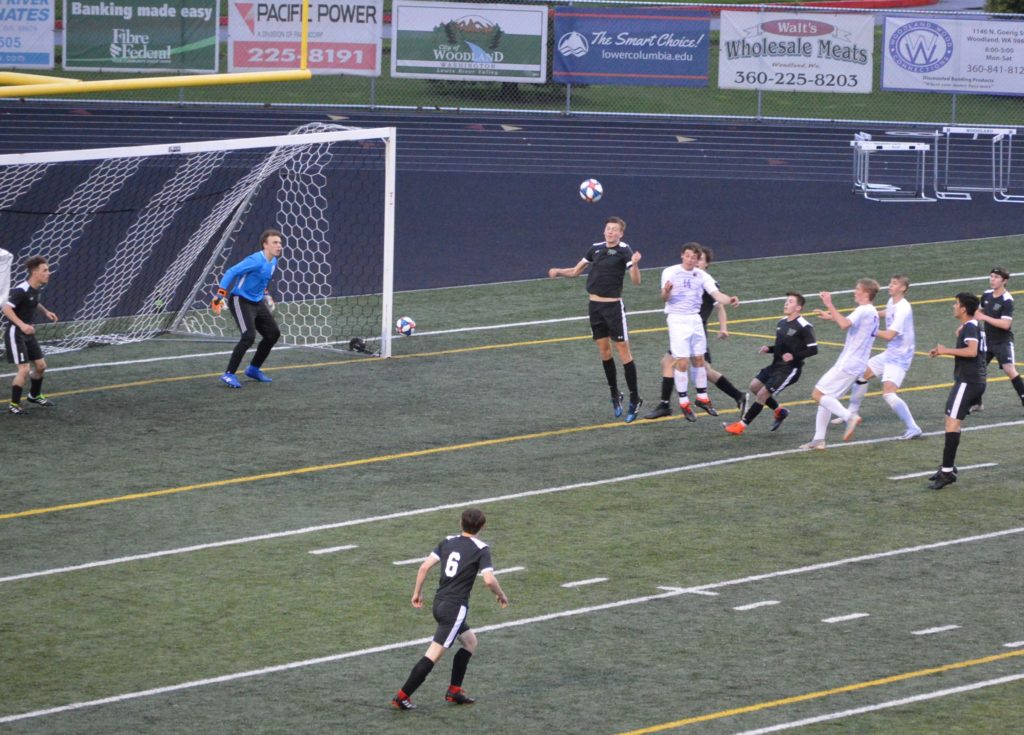