Boys Soccer: United and Centralia battle to a 2-2 Draw 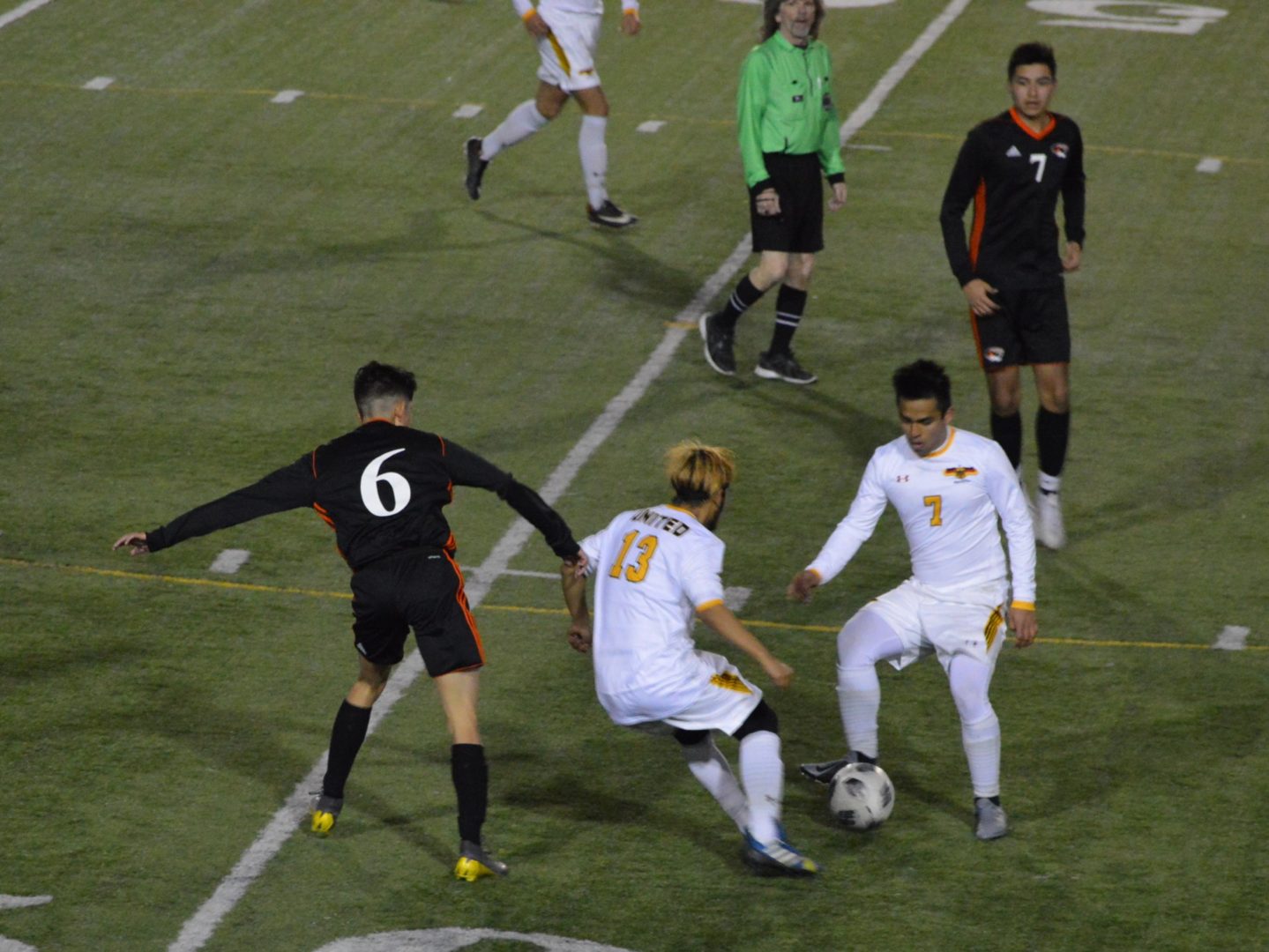 (Centralia, WA) Coming into this annual showdown United was looking to find some offense and the Tigers were looking for win #2. United had scored only 1 goal for the season yet were undefeated with an 0-0-3 record. United scored twice as many goals on the year after falling behind Centralia 2-0 and ended in the 2-2 draw. The Tigers had scored 8 goals in 2 games yet were 1-1-0 and took the early 2-0 lead on a pair of goals from Alex Alvarenga. Zaid Tekle set up the first goal in the 6th minute with the assist to Alvarenga. Mario Silva then lobbed in the perfect pass for the 2nd goal in the 23rd after his corner kick was booted right back to Silva who again delivered a perfect lob for Alvarenga to head into the side net for a 2-0 lead.

United woould get back in the match in the 1st half just 3 minutes later when Freshman reserve Matthew Etheridge bounced in a corner from Isaac Garibay and they went to the half with Centralia leading 2-1. United wasted little time in tying up the match in the 2nd half when Garibay took a free kick from about 30-yards out and drilled home a rocket shot into the upper left corner, Centralia keeper Victor Rojas had no shot at stopping the impressive kick.

However, Rojas would dominate the rest of the 2nd half with acrobatic stops and smothering defense between the pipes to hold the score at 2-2. It was the opposite for Allen Contreras, the United Keeper. Although he fired a shut out in the 2nd half the 1st half he was under constant attack and it could have easily been 5 or 6-1 with Centralia leading but Contreras came up with big stop after big stop to keep United in the match.

Our Thorbeckes Players of the Game went to Centralia’s Victor Rojas and United’s Isaac Garribay. United remains undefeated but still no wins at 0-0-4 and Centralia is now even across the board at 1-1-1. United opens league play on Thursday when they host Stevenson at Winlock and the Tigers host another non-league match on Thursday against 3A Evergreen. 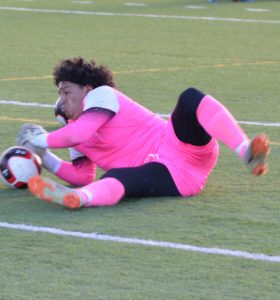 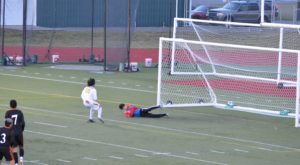 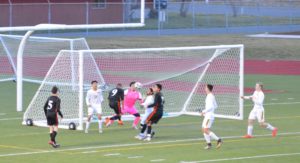 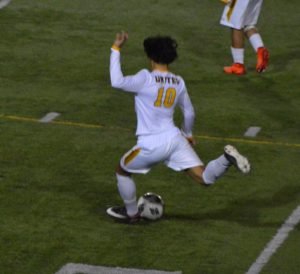