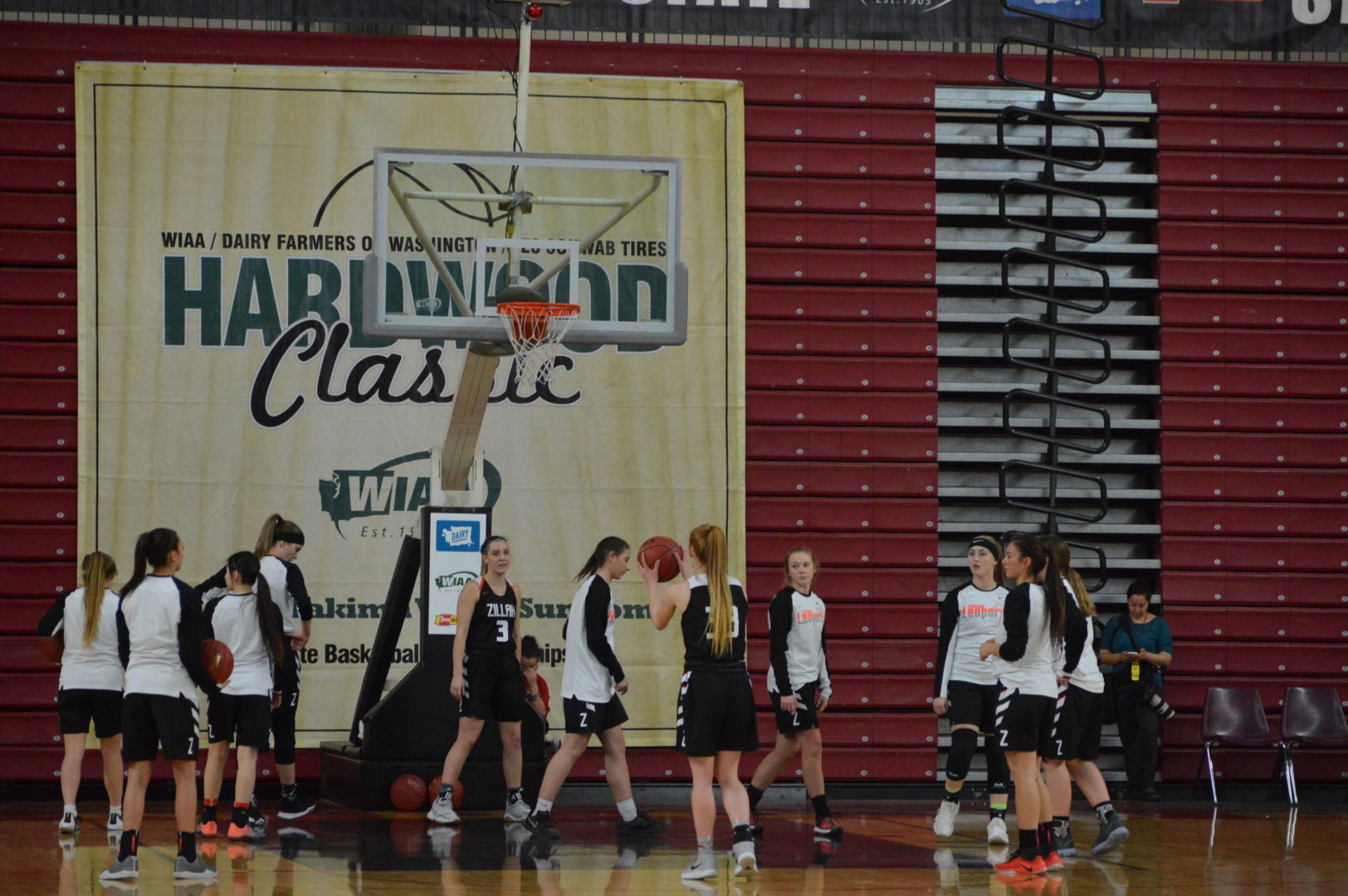 (Yakima, WA) When the ball was tossed in the air on 6 courts last Wednesday at 3 locations a record number of fans would watch the 4-day Hardwood Classic unfold on the NFHS Network. Eli Sports is a proud affiliate of the NFHS and we dug in to provide live coverage for 88 of the 177 games that were live video streamed including all 60 games in the SunDome and all of the B girls tournament except the 2 Championship games in the Spokane Arena. SWX provided the coverage of the Boys B Tournament plus the 2 girls Championship games that were played on the Championship court. ABC Jams had the coverage of the 3A and 4A Tournaments from the Tacoma Dome. Only 3 of the 180 games were not broadcast.

The NFHS is a National platform and they own the video streaming rights by purchasing them from the WIAA. Eli Sports is an affiliate of the NFHS and we supply content to the big Network. The video service is a subscription based service and cost $10 for 30-days. Out of the $10 a percent goes to the NFHS, to ESN and to the schools, districts and WIAA. There have been some who don’t like having a subscription to watch High School sports but the $10 for 30-days is far less than paying to see games live. The WIAA and Athletic Directors favor the subscription saying it is only fair that people who stay home to watch pay a little something if those attending the games are paying an  admission fee.

The subscription fee certainly did not prove to be a deterrent, in fact the feed back we got was it is fair and it’s still a great deal especially since there is no commitment and you can cancel at any time. ESN broadcast 59 of the 60 games last year in the SunDome and we only missed 1 for a technical issue. We were pleased with the overall viewership from last year where we saw a total of 93,020 viewers. We also did 23 Regional games which added another 7,186 viewers for a total of 100,206. This was an average of 1,222 viewers per game.

The worry is this number impacted the attendance and it may very well have but speaking from the Yakima location I don’t think it did. The La Salle/Lynden Christian girls Championship could not have squeezed anymore people into the seats if they wanted too. It was so crowded when the game got tight in the 4th quarter and people stood up there were so many it swallowed our camera from up top and we had to go to our courtside camera to get a shot of the game. The Lynden/Selah game was also packed from top to bottom and it is hard to say from our visual look that the live video broadcast had an impact on the live attendance. Even if attendance is down there still are the weather and road conditions to consider and may have had more to do with keeping fans home than being able to watch a live video stream.

Many would think that the larger classifications would rule the most watched individual games but that was far from the case. Last year 4 of the top 5 most watched games were from the Tacoma Dome led by the Richland vs Gonzaga Prep game with 11,540 total viewers. A little insight compared to this year’s numbers, that game would have placed 16th most watched. This year only 2 of the top 5 games watched came from the Tacoma Dome  and checked in at number 3 and 4. The most watched game of all the tournaments was from the 2B boys, Kittitas vs St George’s where 26,550 tuned in to watch. Some guy named Brock Ravet who plays for Kittitas may have stoked some interest, maybe because he set a state scoring record or maybe because he is headed to Gonzaga, that all may have been reasons why 2 schools with less than 500 students combined drew such attention.

The 2nd most watched game was Lynden vs Selah from Yakima and had a total of 23,108 viewers. This is why we believe live video streaming adds to audiences and does not take away paid admission. The stands were packed and no doubt casual fans from the Yakima/Selah area may have watched the semi-finals on Friday on live stream and then determined hey we gotta go see these games. We see it all the time with regular season games that are highly anticipated and on paper are great match-ups and they draw big crowds. We always know our viewing numbers are going to be good. The opposite is also true, bad games don’t attract live crowds nor do they attract viewers.

Overall, we are seeing dramatic increases in our viewership and we’re excited to continue to build on this foundation and to bring even more sports to the live stream. This year already we have done State Championship coverage for Football, Volleyball, Girls Soccer, Girls Bowling, Cheer Leading and Basketball. We were supposed to do some wrestling but with all the craziness surrounding Mat Classic this year due to the weather changed our plans but we hope to be back next year. And we are not slowing down! We will be back in Yakima in 2 weeks for State Dance and Drill then we will have at least 1 if not 2 live broadcasts from State Golf followed by a huge Memorial Day weekend with coverage of all State Baseball, Boys Soccer, 2A Fastpitch with the hope of adding more Fastpitch coverage at 3A and maybe the B’s. $10 a month for all that plus all the other NFHS broadcasts done by other affiliates is one of the best deals there is for live video streaming. If you’re not signed up yet, be sure to get signed up as we gear up for a loaded Spring schedule! Thanks for watching and for supporting our efforts, without you we could not do what we do and we’re thrilled that it is still a wanted product. There’s nothing better in our world than High School sports.