Soccer: SPSL 2A Unbeatens both remain unbeaten as White River and Fife end in a 2-2 draw 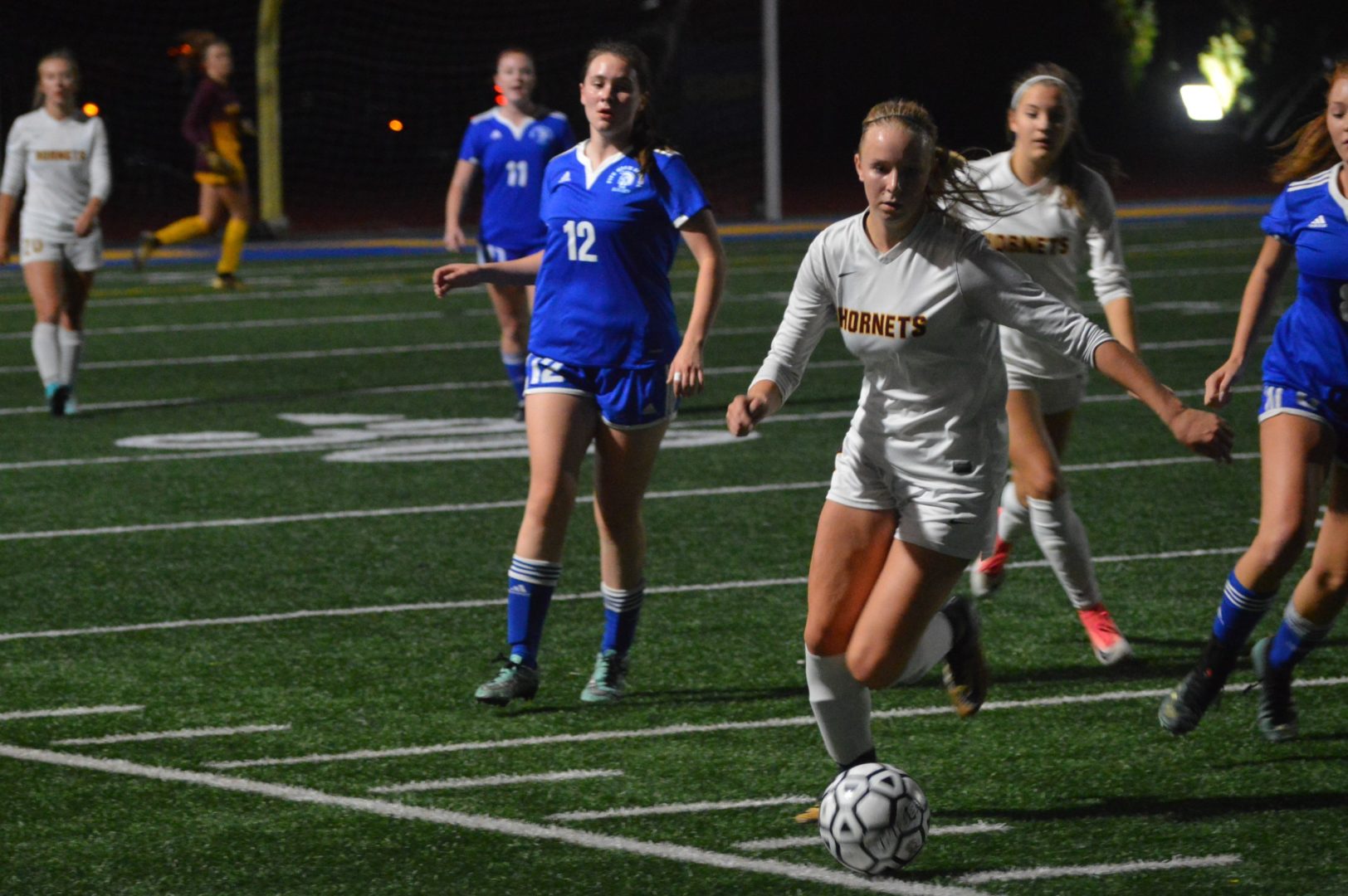 (Fife, WA) It was a showdown between known rivals, both were undefeated in SPSL 2A league play but they are in different conferences so this would be the one and only contest these two would have during the regular season. In the end both would retain their undefeated status against SPSL teams but nothing was settled. The two teams came out battling hard with Fife making a solid run early but just missing on several opportunities.

White River’s backline and keeper Katelyn Kelly denied any early scoring by the Trojans and then settled in and pushed back. It was River’s turn to put the pressure on Fife but Trojan keeper Faith Rempfer and the Fife defense were just as stiff. By the end of the first half there was a ton of great soccer, crisp passing, great leads and runs but two goose eggs were on the board when the first 40 minutes expired.

It didn’t take long in the 2nd half for the scoring dam to break when Abby Cretti followed up a shot from Emily Rohrer that deflected off Kelly and into the back of the net in the 43rd.  The Hornets would not take long to respond when Chloe Narolski fired a lead in pass to J’Kira Wolbrecht who got into a great position to rip a shot past Rempfer and in the 48th it was tied 1-1. Rohrer then answered with a break-away goal in the 66th and got in a 1 on 1 firing the shot across and in and the Trojans re-took the lead 2-1. But once again River had the answer with their own break-away as Narolski simply outran the Fife defense caught up with a deep ball and got Rempfer to commit and popped it past her into the empty net.

The score was tied 2-2 in the 70th and that is how it would end.  White River is now 7-1-1 on the season and Fife 6-1-1.  Our ESN Players of the Game went to White River’s Chloe Narolski and Fife’s Emily Rohrer. The Hornets are back in action on Thursday against Steilacoom and Fife is on the road to Foster.