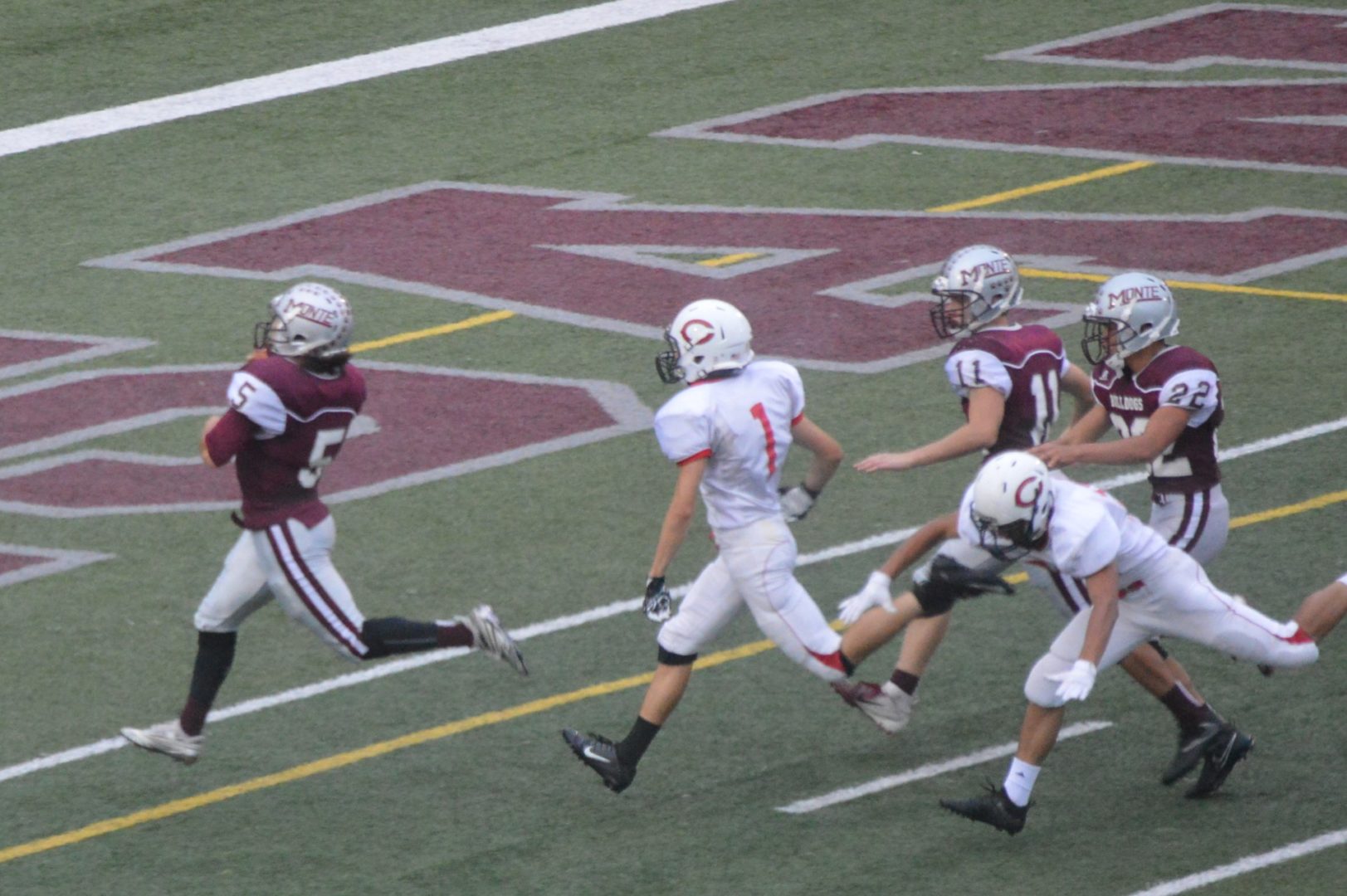 (Tumwater, WA) The T-Birds ran wild on the B-Prep Lions in their 1st home game of the season. It didn’t take long for Tumwater to jump on their 4A opponent that had been a regular at the top of the now defunct Narrows league for years. The Lions now in the SPSL 4A have struggled a bit having to face powerhouses like Puyallup and Sumner on a regular basis. The T-Birds were surprisingly ranked #1 in the AP poll over #2 Hockinson who beat Tumwater for the State Title last season and is coming off a dominant win over Archbishop Murphy while Tumwater won a heart stopper at Yelm last week. 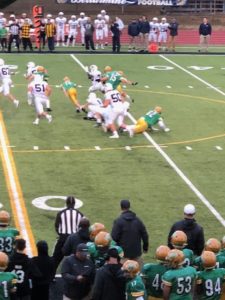 So the T-Birds were set to show why those who voted for them over Hockinson were right and Dylan Paine scampered 65 yards on the 1st play from scrimmage into the endzone for the score, Reid Little added the PAT to go up 7-0. This would be the 1st 65 yards of a total of more than 400 yards on the ground for Tumwater. The Lions would hold Tumwater for the rest of the 1st quarter. A big 60-yard pass play from Cody Wallen to Turner Allen set up a 2-yard plunge from Zane Murphy to make it 14-0. Allen then came up with a big play to haul in a 6-yard catch to push the total to 21-0 at the break.

TheLions would get back into it with a score in the 3rd quarter when QB Marcus Stowers plowed in from the 1, Nicholas Kokich popped the kick through for the extra point and it was 21-7. The 2 teams would then simply trade touchdowns as Dylan Loftis got in on the scoring with a 1 yard run to make it 28-7. The Lions picked off a pair of passes to give them some hope and they got back within 14 when Stowers hit Charles Elzie for a 35-yard strike. Loftis finished off the scoring with another big run 62-yards for the final margin 35-14. Paine also had another big run of 73-yards to the Prep 3 but the T-Birds went into victory formation and kneed the ball to kill the clock and secure the win.

Tumwater is now 3-0 while Bellarmine Prep falls to 0-3. Our ESN Players of the Game went to the T-Birds Dylan Paine who finished with 235 yards rushing and Prep’s Derrion Summers who ran for 139.

(Adna, WA) The defending 2A State Champions the Kalama Chinooks came to town looking to show they belong at the top of the state rankings. This game was truly the tale of two halves as the Nooks jumped out to a 15-6 lead at the break but they lost something far more valuable. Alex Dyer was the QB of the State Championship team but was knocked out of the game in the 1st half and was not available for the 2nd half. Before Dyer was knocked out he rallied the Nooks to a 15-6 halftime lead after following behind 6-0 on an Adna 2 yard touchdown run by Braden Thomas, a play set up by Brady Collins’ 40-yard punt return.

Dyer hit Max Ross on an 8-yard toss and then converted a 2-point play on a pass to Grant Vandenberg and Kalama led 8-6.  The Nooks extended that lead to 15-6 when Dyer found Vandenberg again this time on a 3-yard flip to paydirt, Nathan Anderson booted the PAT and it was 15-6. Despite not having lasat year’s 2b player of the year on the field hurt Kalama but Adna found more trouble when Vandenberg stretched out and blocked a punt into the Adna endzone for a safety and it was now 17-6.

When the 4th quarter hit the light switch suddenly got thrown and Chance Fay an wild scoring 3 touchdowns on runs of 4, 1 and the one that put the game away a big 49-yard dash for the final score. Adna remains undefeated at 3-0 and Kalama dropped to 1-2. Our ESN Players of the Game went to the Pirates’ Chance Fay and the Nooks’ Grant Vandenberg.