(Centralia, WA) The Centralia College Lady Blazer soccer team simply could not resist an on-going attack in the 2nd half that saw the Green River Gators blow up a 1-0 match at the half to a comfortable win. The Blazer offense continues to struggle but in the 1st half there were some bright spots. The team has been struggling to just get the ball on the other side of midfield for extended period of times but on this night it was about 50/50 through the first 45-minutes and the Blazers had some shots but just couldn’t connect.

The Blazer defense was holding up strong led by keeper Haylee Perkinson and backliners Payton Chapin, Hallie Stubb and Lindsay Hutchings until the 33rd minute when a shot skidded on the wet turf and just got past Perkinson to her right side and dribbled into the goal. But that would be it for the Gators in the first and the 2 teams went to the break with Green River leading by a score of 1-0.

Kiley Russell took over the keeper duties in the 2nd half and had her hands full as the Gators stepped up their offensive attacks. The first one Russell wishes she could get back as it was a fairly straight on shot without a ton of speed but again the ball skidded and rolled under her outstretched arms and into the goal to make it 2-0. This was after two serious attempts by the Blazers who just missed in getting them on the board. The combination of missing those scoring opportunities and the Gators 2nd goal seemed to be a gut punch to the Blazers and gave up goals in the 48th, 61st, 88th and 90th minutes as Green River completed the shut out.

The Blazers dropped to 1-7-1 and will play again on Wednesday hosting Lower Columbia. Our Awards West Blazer of the Game award went to Payton Chapin. 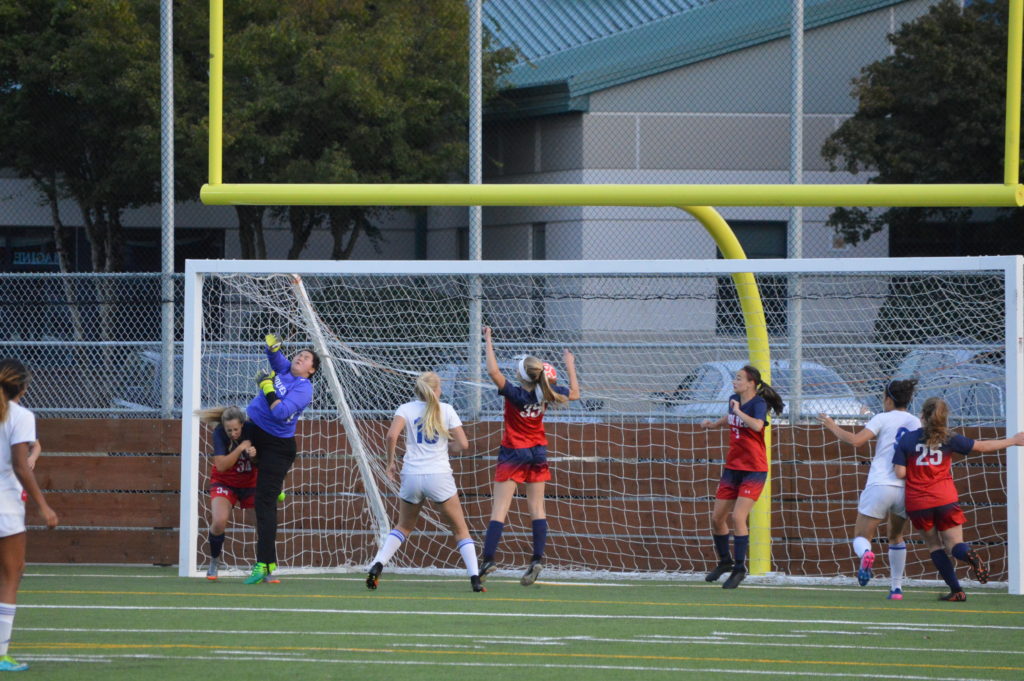