Soccer: Camas takes their time but gets rolling to cruise over Tumwater 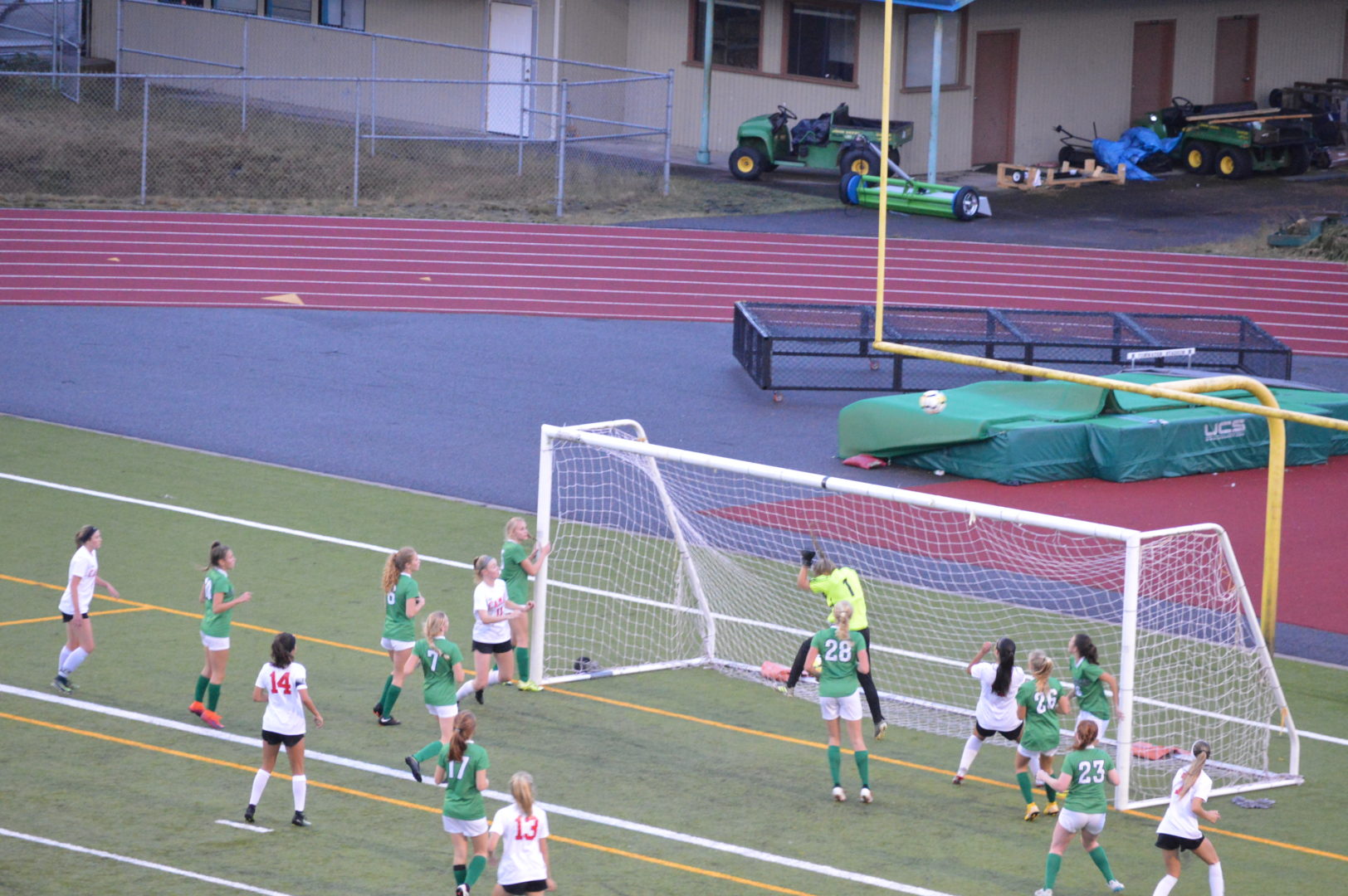 (Tumwater, WA) The Camas Papermaker lady soccer team won the 4A State Title 2 years ago and last year were 3rd at State and geared up again to make a big run. The 2A T-Birds have never shied away from stiff non-league competition and were already the underdogs in this one and add to it they were a bit banged up so Tumwater Head Coach Brett Bartlett was looking for effort in this one. It is hard to say in a 7-0 loss in soccer the effort was good but it was especially the first 36 minutes where they held the Papermakers to just one goal and if they could hold on for 4 more minutes a 1-0 deficit at the break would have been huge.

The papermakers explosive offense had missed several close shots coupled with the courageous job T-Bird keeper Cassie Mullin did kept Tumwater in the match. Liz Parker knocked in the 1st goal in the 23rd off an assist from Maddie Kemp. That was just the warm up for Kemp who has offers to play at Gonzaga, Oregon and Pepperdine. Kemp spoiled the great defensive 1st half for the T-Birds when she connected in the 36th to make it 2-0. Jazzlynn Paulson made it 3-0 just before the break in stoppage time on an assist from Parker.

This really took the air out of the T-Birds and from then on the Papermakers rolled it up. Kemp on a pass from Paulson scored her 2nd goal in the 49th and then hit the hat trick 4 minutes later in the 53rd to make it 5-0. Callie Rheaume made it 6-0 in the 58th and Kemp on the defelction from Anna Sanchez knocked in the plus one for the final 7-0 score. Camas is now 3-1-0 while Tumwater dropped to 0-4-0. Our ESN players of the game went to Camas’s Maddie Kemp and for the T-Birds Cassie Mullin.