Week 2 of the High School Football season will also be the first time the Eli sports Network will have 4 crews out doing games bringing you 4 games live on ESN television. We’re able to do this through a partnership with the NFHS and it is a subscription based service with the cost being just $10 per month which is cheaper than Netflix now. The subscription was something that attracted schools and Athletic Directors not because they get a piece of the subscription but because of the fairness of a small charge. Parents and fans have to pay as much as $7 to attend a single game and in the play-offs more than that so asking folks who get to watch it live to pay a $10 per month charge they feel is more than fair.

Additionally, with your subscription you get access to not just the games ESN puts up but rather all games on the NFHS network including games from our partner affiliate ABC Jam who services the Metro and Seattle area specifically. Tonight you have access to our 4 games but 2 more with ABC Jam. ESN will soon be adding some games from the Yakima Valley with our 5th stream and by the end of the month another 3 streams in areas from Kent to Vancouver and our to the coast. Below is an easy 2 min video on how to sign up for the ESN or ABC Jam NFHS TV Channels or you can sign up for a free account with either of us and that gives you access to all of our games as well but on a 72-hour delay basis if you want to wait to see the games. Games are also archived for you to go back and watch anytime you want. For a full list plus an additional list of other radio broadcasts click here for the ESN Broadcast page.

Now on to tonight’s match-ups on the ESN/NFHS Sports Networks (As you scroll down there could be additional interviews just keep going for all the match-ups):

The Mt Si Wildcats are off to a 1-0 start after throttling Wenatchee in their opener 52-0. The Wildcats are looking for redemption this year after running off an impressive 7-2 regular season only to get ousted in the crossovers by Monroe 44-40 in a heartbreaker. There is a lot of enthusiasm around the Wildcat program and a win over Kentwood would fuel that fire even more when they head into Kingco league action.

Kentwood dropped their opener to always powerful Skyline 21-14 and the Conks are not shying away from tough opposition in their non-league match-ups now facing Mt Si. KW also finished 7-2 in the regular season last year but won their crossover blowing out Jackson 44-14 before losing in the opening round of the State Tournament to Woodinville who got to the State Championship game but lost the title to Richland.

The Woodland Beavers are looking for 2 in a two after knocking off one of their longtime rivals Kalama last week in a shoot out 48-40. The Nooks may be a 2B team but they are expected to put up a big time battle to retain the 2B State Championship they won last year in the Tacoma Dome so we wouldn’t sell short this win by the Beavers. Woodland also nearly upset WF West in the crossovers and just missed the State tournament. The Beavers literally lost on a field goal by the Bearcats with no time left on the clock so they are eager to build off last year’s record.

The Wildcats had a tough opener last week losing to Ridgefield 19-0. The traditionally run heavy offense will look to get on track this week against the Beavers who did give up a lot of yardage and point to Kalama. La Center lost to Hockinson in their opener last year and then to Woodland 35-28 before running the table in the Trico to win the League Championship. They easily won their crossover and then ran to the Semi-finals before dropping to Meridian who went on to play for the State Title but lost to Royal in the Tacoma Dome.

Both teams are coming off tough seasons last year and both suffered big losses in their openers this season and are looking to turn things around in a hurry. The KW Knights went 3-6 last season and lost to Elma 48-14 last week.

Tenino was 1-1 after 2 weeks last year but then struggled through the tough Evco 1A and finished 1-7 for the season. They took on their longtime rival Rochester last week and took one on the chin dropping 53-20. But there is a re-newed energy in Tenino these days with a brand new field that is black in color, a new track was laid and just this past week the parking lot was paved so there is significant investment going in at Tenino. This will be a big game for each squad to turn around their season in just week 2.

Both teams got off to fast starts last week post wins as the Wahkiakum Mules played a Saturday afternoon game and handled Colfax 14-0 while the Pirates belted Pe Ell-Willapa Valley 35-0. These 2 teams are part of the combined super league between the Central 2B and Pacific 2B leagues making this one of the most difficult football leagues in the state regardless of classification. This league has won the State Championship 5 of the last 10 years and have had a team in the State title game for the last 11 straight years.

Last season the Mules finished 7-2 overall but lost handily to Rainier in the crossover to end their season. Wahkiakum comes back with a strong team this year and no doubt their confidence will be high when they visit the always tough Adna Pirates.

The Pirates are one of those State Championship teams mentioned above winning it all in 2009. Last year the went 8-1 losing only to Napavine and cruised into the crossovers where they rolled over Raymond. But in the opening round of the Dtate Tournament they faced Kalama who ended the Pirates season 36-29. The Nooks then went on to win the State Championship so the Piates see how close they are and are eager to make a significant in 2018. We got a chance to catch up with Coach Johnson in this interview:

Note the early start time on this one as both teams try to bounce back after tight opening night 4-point losses. The Marauders dropped a 4 point loss to Arlington while the Beavers fell to Juanita 21-17. Mariner is trying to turn around a 3-6 mark from last year. Ballard had a nice run in the Metro last year going 6-2 but ran into a tough Ferndale squad in the crossover and had their season come to an end.

The Braves got off to a fast start puting up 56 in a 56-7 rout of Battle Ground while the Irish cruised as well to a 28-0 shut out over Peninsula. O’Dea would love to knock off Bethel in week to to go to 2-0 and throw down the challenge to the rest of the 3A that taking the State Championship trophy from the Irish will be a huge challenge. On the flip side the Braves finished 8-1 in the PCL and knocked off Yelm in the crossover but then lost to Ferndale in the opening round of the State Tournament. Ferndale then lost to O’Dea in the quarterfinals.

If you want to get signed up for the ESN/NFHS Network it’s just $10 per month and here’s an easy video, only 2 minutes to show you how to do it:

Sat Sep 8 , 2018
9/7/18 Mt Si 54, Kentwood 10 (Kent, Wa) This game was to be a measuring stick for both clubs but ended up being a statement win for the Mount Si Wildcats. It was also a huge statement performance for Wildcats QB Cale Millen. Millen put up Phil Simms type numbers […] 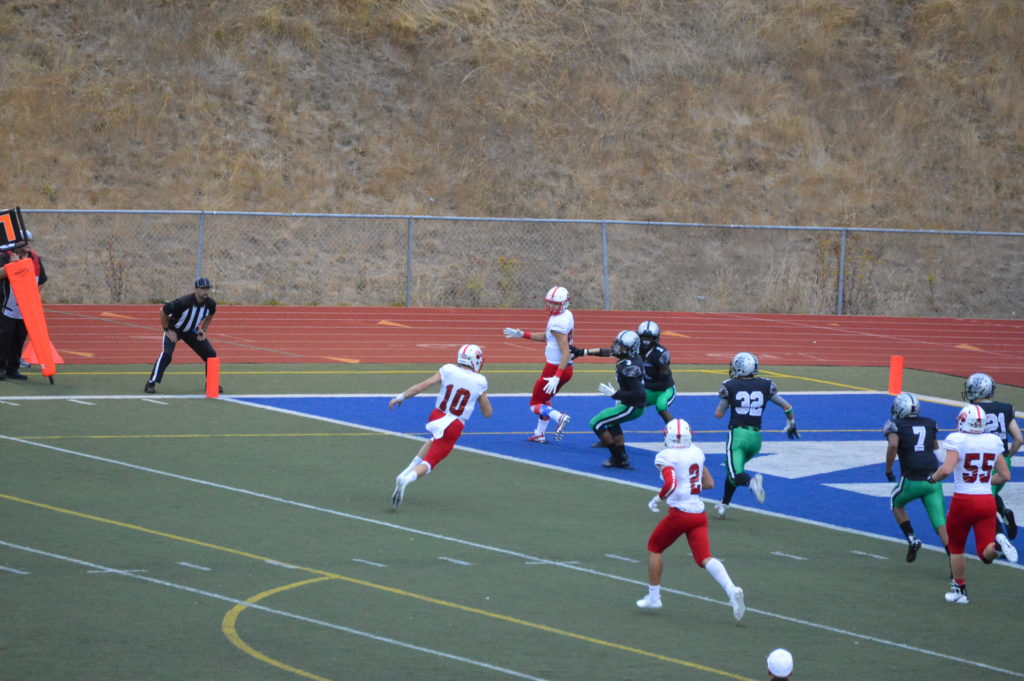