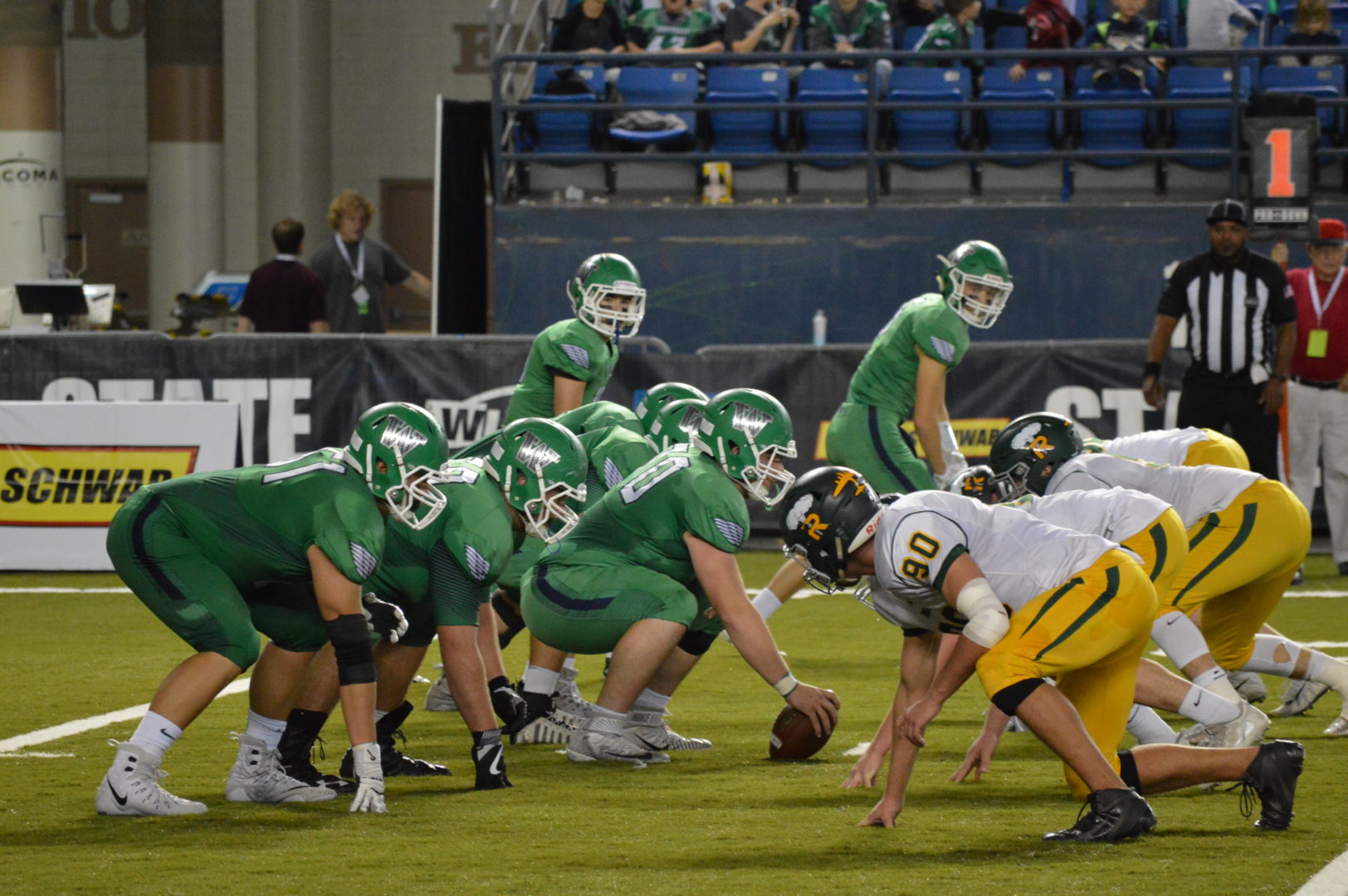 The State WIAA that oversees High School sports in Washington State will put to a vote a new classification system this coming January. The WIAA staff is making their annual rounds to all of the 9 Districts that comprise the WIAA representing nearly 800 Middle and High Schools. During their annual opening caravan of meetings with Athletic Directors they discuss the latest rule changes with the many sports, new safety measure and other changes the WIAA Executive Board and Representative Body have passed for the coming season.

Many times significant changes take time for the members to work through a compromised solution to existing problems. A few years ago one of the issues was an imbalance in the classifications where a hard number was used to determine each classification, for example under the old system, schools with a population of  Sophomores through Seniors of between 500 and 999 were in the 2A classification. Since there were not an equal split of students some classifications had significantly more schools than others especially after opt-ups were included. An opt-up is a school who voluntarily plays at a higher level than their designated student count, this was most common with Private schools. The issue was raised of why a classification with 88 schools and a classification with 45 each got 16 team State Tournaments?

So the change was to limit each classification to just 64 teams and all 6 classification would be equal and all would compete in 16 team tournaments. But when this occurred it changed the landscape of several leagues where now half were 3A and the other half 4A and last year several schools decided to opt up and there was a domino effect that literally wiped out long standing leagues like the Narrows and the Seamount. This also caused issues with schools that did not expect to drop in a classification but after the exceptional number of opt-ups schools 15-20 slots in the 4A for example suddenly found themselves in the 3A and with little notice had few options to find a league or how and who they would compete with the following year.

The WIAA then organized a classification committee and they came back with several recommendations that will be voted on in January and not the traditional Spring Rep meeting. WIAA Assistant Executive Director John Miller explained the proposals. He was quick to say that the numbers used in these proposal are still open for negotiation or discussion but more importantly it’s the concept they will be voting on. He then presented the Classification committee’s proposals that would go back to a hard count classification system and do away with an equally balanced number system. It is also notable to point out the WIAA has changed the count system and now count 9-11 for the following year to have a better count of students actually in school and not graduating Seniors. They will also use a number averaged over 8 months to determine the count for each school and this information comes directly from the State Superintendent’s office and not from the schools.

The proposed hard number classifications was as follows:

The final issue they addressed was what was called the have’s and the have not’s issue with the disparity in school district economics from the affluent to the middle level to lower income districts. Miller went on to say that it is simply a fact that lower income students don’t participate in sports as much as students from middle to high income families. There are a variety of issues as to why and Miller says this wasn’t a judgement but simple hard data. There are many reasons for this from simple lack of funds to pay for needed items to participate to something as basic as transportation after school hours.

The committee decided to use the free and reduced lunch average as the starting point. Currently 43% of students in Washington state are eligible for free or reduced lunch based on the families economics. The committee has proposed that schools that are above the 43% significantly should get a break in their student count that could drop them in a classification to make them more competitive or in other words playing on a fairer playing field. They also felt the opposite is true and if you are significantly below the 43% then you should have numbers added to your count because even though your student population is lower, you have a higher turnout rate for your sports that would be more equal to schools with more kids that don’t turn-out for sports. Additionally, the 43% is not cast in stone and would move every classification year with the current free and reduced rate.

Here’s how the numbers would break down under this proposal:

If your school was 10-19% higher than the 43% then you would reduce your count by 10%, for example if you had 1,350 students you would be a 4A school but if you got the drop down exemption of 10% you would drop to 1,215 as a student count and now be in the 3A classification. The school still could opt up and remain in 4A but now has a choice based on how competitive they will be in either classification.

There was one category left that needed to be addressed and that was private schools. Miller says this was extremely challenging because Private schools do not report the same numbers to the State and there was no common thread to measure all private schools. He says they all charge their own prices for attending, they all have different financing options and scholarships so the committee determined that all private schools would be considered affluent and they would all have to add 30% to their official count.

Miller says they took the last 2 counts and based them on all these new numbers the hard count classification and reduced or increased percent based on economics and the classification with the most schools was about 69 so only 5 schools higher than the current 64 in each classification.

Miller again emphasized the numbers used in all of these proposals are open to further discussion but rather wanted to know if the concept of these new changes was something the AD’s thought were fair and needed. He took an informal hand count with 3 options, 1 no, leave things as they are, 2 yes, I like the concept of these proposals and 3 I need to think about it more. The result of the hard count classification of the 50 of so AD’s in attendance was 1 wanted to keep it the same, 3 wanted to think about it and the overwhelming majority was in favor of the change back to a hard count which included the shifting State Tournament numbers as well.

Miller then asked the same about the free and reduced lunch accommodation and a couple were for keeping it the same, a few more were for thinking about it more but again not quite the smae number but still an overwhelming majority was in favor of some kind of system trying to balance the playing field a little more. Miller told the group the results were very similar to the 3 other statewide meetings he had already done.

Miller then encouraged the AD’s to talk about these proposals with each other, their coaches and administrators and frankly “beat them up” with questions and thoughts. He said let’s get this as right as we can noting that there are always going to imperfections but says if this system gets them closer to as fair as they can possibly make competing in Washington State High School sports should always be the goal.

The representative body will vote on this in January and if they are approved the final numbers will then be discussed and agreed upon and the new system will be put in place beginning next year.