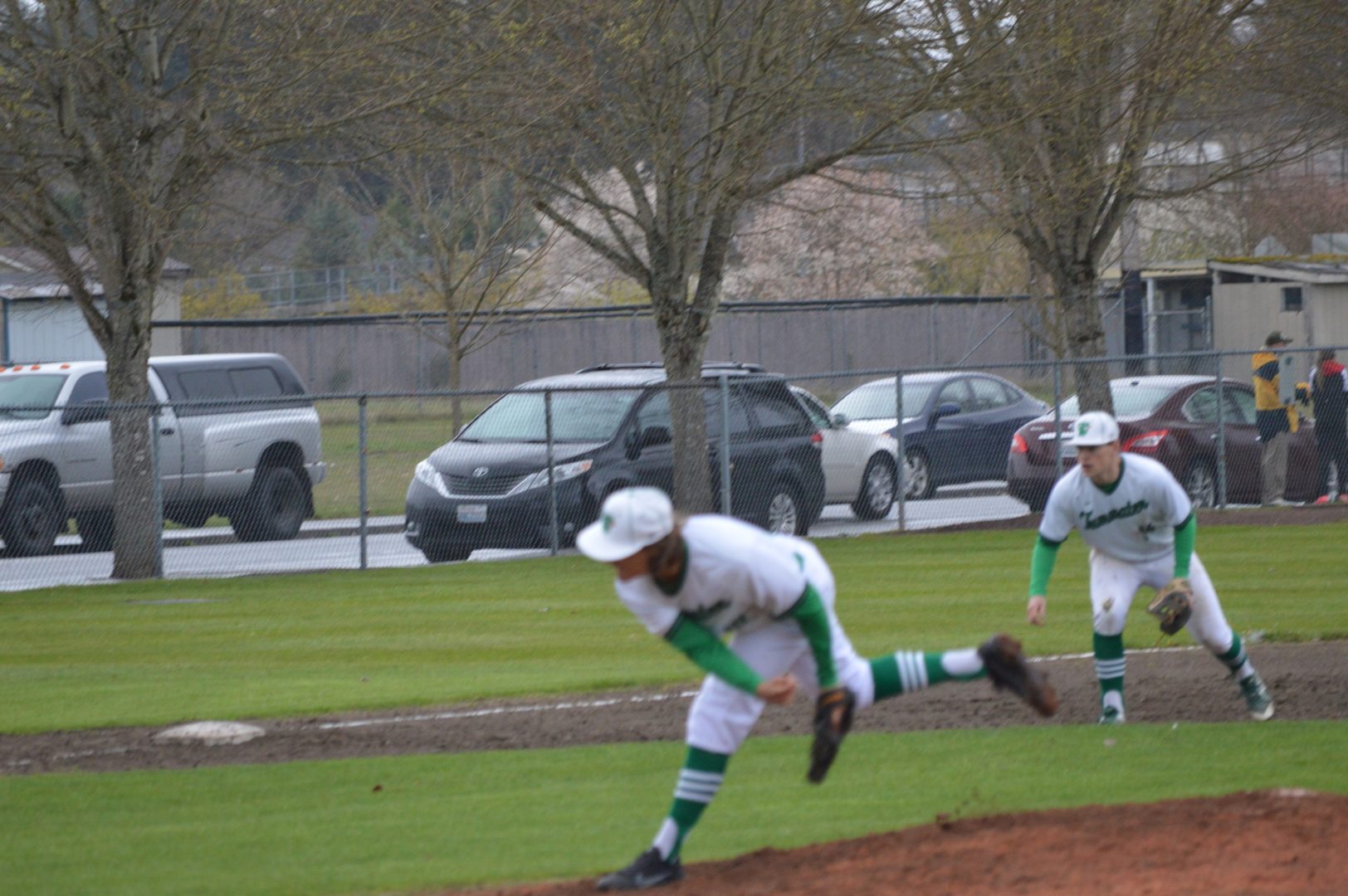 (Tumwater, WA) Behind a strong performance from Tumwater starting pitcher Wes Swick and an opportunistic offense the T-Birds jumped on the visiting Bobcats and controlled the game from start to finish.  Swick went the distance and struck out 9 and walked only 2 to pick up the win in drizzly conditions.

Swick also bewnefitted from plenty of offense and mistakes by the Bobcat defense. Tumwater took a 2-0 lead in the bottom of the 1st. Austin Timmons got the start for Aberdeen but had to leave suddenly in the 1st inning after hitting Griffen Noice in the back. Tumwater’s Elias Polito got things started with a solid shot into center with 1 out. Hunter Klingelhoffer moved him to 3rd with a shot into the right-center gap for a stand-up double. Landon Jordan then sac flied Polito in for a 1-0 lead. With 2 out Noice got hit putting runners on 1st and 2nd and then Michael Wagar popped a sky high infield fly that new pitcher Josh Germeaux called but then lost track and it fell in for a base hit and since there were 2 outs the runners were in motiion and Polito easily scored from 2nd, that will tell you how high the ball was popped up.

Going into the the bottom of 2 with a 2-0 lead Jake Holbrook led off with a solid single followed by a from Reid Little. Wyatt Palmer then went to sac bunt them over when the ball was thrown into center field on an overthrow trying to turn 2 and Holbrook scored. Polito then stepped up and delivered a huge shot to center for a stand-up double knocking in 2. Klengelhoffer followed with a base hit and then Noice knocked Polito in with a ground ball out.  Wagar got his 2nd infield pop fly hit when again he sent it to space and back and fell fair without being touched and that scored Klingelhoffer pushing the T-Bird lead to 7-0.

Aberdeen would get on the board in the 4th with a nice little 2-out rally. Germeaux got a base hit and scored on a base hit from Eli Brown and a Tumwater throwing error to make it 7-1. Tumwater scored again in the 5th when Shea Bowen knocked in Wyatt. the Bobcats would get a lead-off triple from Kylan Touch who scored on a Brown sac fly. Tumwater put the game away in the bottom of 6 scoring 4 with hits from Cody Trueblood and Nathan Kassler but combine that with 2 walks and 2 errors 4 runners would cross the plate and end the game 12-2. The T-Birds improved to 4-1 while the Bobcats dropped to 0-5.

Our Pacific Sports Spa Players of the Game for Tumwater went to Elias Polito and Gio Pisani got it for the Bobcats, the Thorbeckes Sportsmanship Award of the Game went to Wes Swick for Tumwater.