Soccer: Centralia’s 3 1st half goals hold up in 3-2 win over United 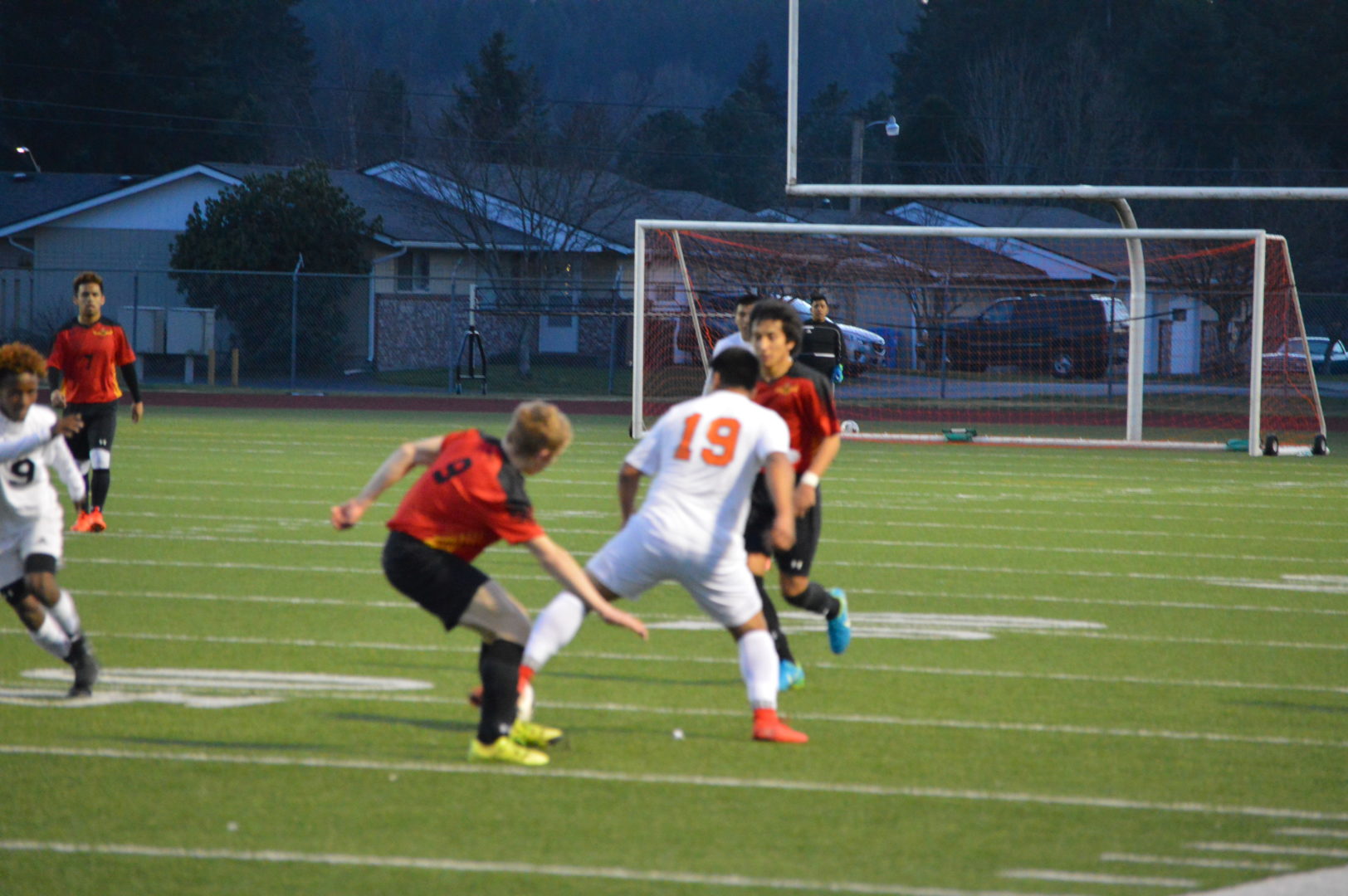 (Centralia, WA) When these 2 teams collide there is always fireworks and Thursday night was no different. The Centralia Tigers looked like they were going to run away with this one racking up a 3-0 lead after the 1st 40 minutes of play. Mario Silva struck twice with a beautiful opening goal off a free kick that sliced right into the back of the net in the 18th minute and then the eventual winning goal another unassisted beauty in the 38th off a rebound.

Sandwiched in between was William Brown’s goal off a nice assist from Jose Pena in the 29th. But maybe the biggest play was the Tiger keeper Jesse Vazquez when he knocked down a penalty kick off the foot of Isaac Garribay in the 12th minute. That save seemed to inject a ton of energy into the Tigers who had been very defensive until that point and once Vazquez got the save the offense picked up off that momentum and pushed the pace running out to the big halftime lead.

In the 2nd half an unfortunate decision by Centralia sophomore Kibrom Tesfagergis ignited team United. On a keeper kick United’s Alan Contreras was trying to boot the ball out of the box when Tesfagergis tried to block it with his foot and Contreras’s ankle was contacted and Contreras fell to the turf and had to be carried off the field. Tesfagergis was yellow carded and had to leave the field.

United then took over and pushed their offense and scored on a controversial Centralia own goal. Gustavo Barragan was on a run but looked like he might overrun the goal and just prior to going out of bounds (at least that is what the official ruled) Barragan kicked the ball back in front of the goal and it bounced off a Tiger defender and into the net for a Centralia own goal.

That goal took place in the 59th minute. Immediately Vazquez and other Tiger defenders were pointing to the line saying Barragan was out of bounds. The officials discussed it and let the goal stand. Barragan wasn’t done just 5 minutes later this time he left no doubt powering a shot off a pass from Garribay to pull within 1 trailing 3-2.

The fireworks weren’t over as Centralia Coach Phil Strodemire had been thinking of keeping his talented sophomore Tesfagergis on the bench letting him learn from his earlier mistake but several Tiger players left with cramps and he had to put him back in. Tesfagergis was no doubt being watched closely and another minor collision with the United’s back-up keeper Ethan Smith resulted in a 2nd yellow card which automatically changes to red and Tesfagergis was disqualified from the rest of the match and now will have to miss the next game as well.

United should have faced only 10 players for the rest of the match which was in stoppage time but the official did not realize the Tigers replaced him and finished the match with a full squad of 11 players. Centralia held on for the 3-2 win to even their record at 1-1 while United falls to 0-2-1.