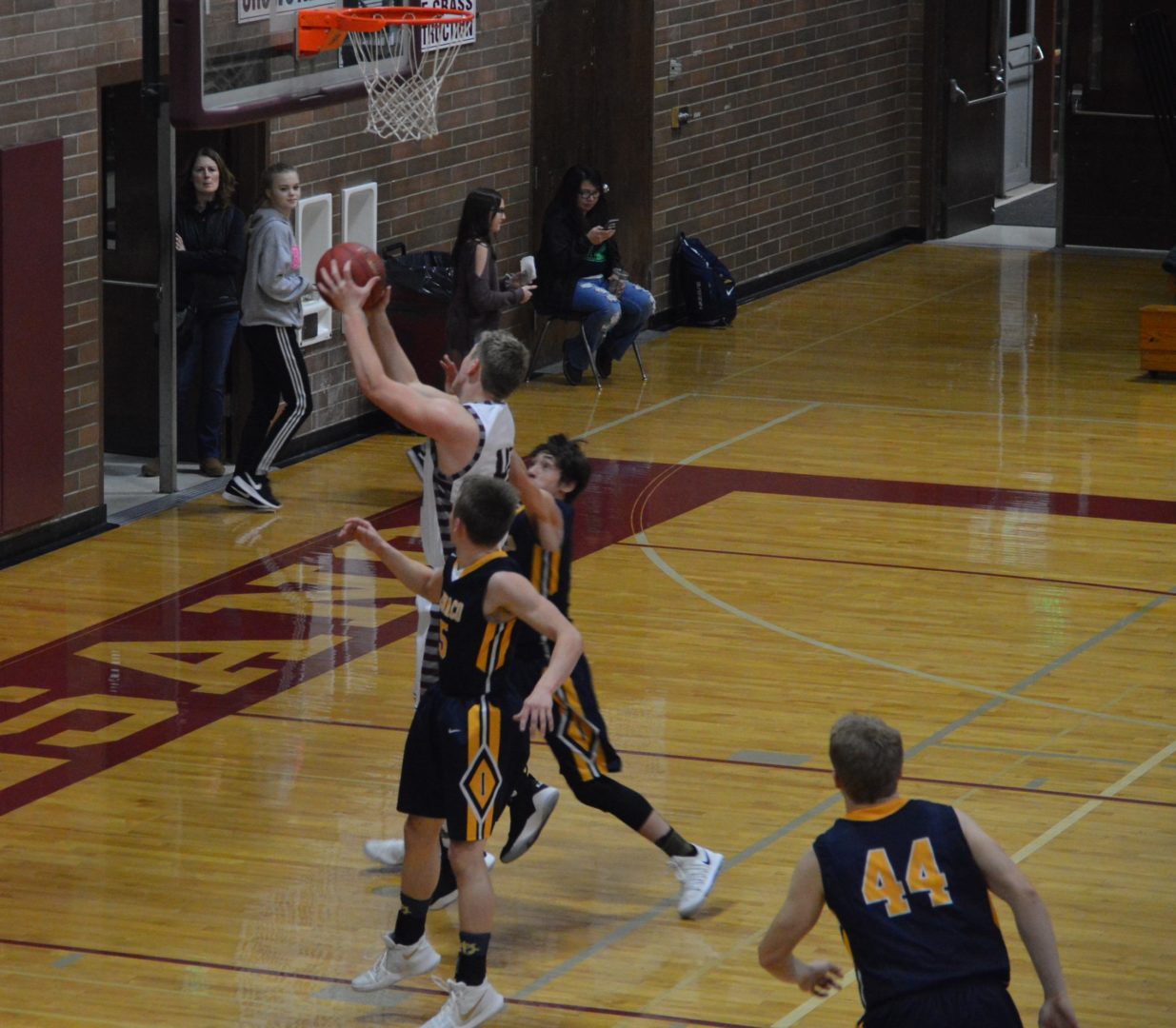 Here is the complete coverage of the District 4 1A Boys Basketball Tournament. The latest game results, stories and pics will appear at the top of the page and be updated after every round through the run of the tournament.

La Center Head Coach Jeremy Ecklund preached patience to his squad at halftime as the King’s Way Knights hit nearly every shot they took in the 1st half knocking down 46 points. The Wildcats had 37 so Ecklund was not concerned with his offense but had to figure out how to slow down the Knights who were led by Gage Koenders and Brady Metz each with 14.

Ecklund told ESN after the game he told his team that the Knights likely would not be able to keep up that pace but in case they did they adjusted their defense to get a hand in the face of shooters and at least disrupt the shots. His players got the message big time and their offense stepped up even more as they went on a 27-3 run. The Wildcats nearly shut out the Knights in the 3rd with only Kaden Lukas scoring the 3 with 1:35 to play in the quarter and went from a 9-point halftime lead to a 15 point deficit.

The King’s would make a run back pulling within 6 a couple of times but La Center had too much fire power and pulled away in the end to secure the District Championship. La Center could only get as high as the 11 seed and the Wildcats, Knights and Montesano will all play in the loser out side of the Regional Brackets. The Wildcats will face the Bulldogs of Montesano at Mark Morris High School Friday night at 8pm. King’s Way gets Wahluke at Eisenhower High in Yakima on Saturday at 2pm.

Game Story by Rick Anderson in The Daily World

THURSDAY, FEB 15 Consolation Round Loser out

Game Story in the Daily World

Game Story in the Daily World

(Montesano, WA) It was Bulldog vs Bulldog but the home team Montesano Bulldogs bark was loudest. Montesano led by Tanner Nicklas who averages about 5 points a game put up a huge double-double with more than 10 rebounds and scoring 23 points, 15 in the 1st half. LJ Valley and Trevor Ridgeway were solid dumping in 13 each while Shayden Farmer also hit double digits with 12. 9 different Montesano players scored for the winning team.

As good as the offense was the defense may have been better. A true team effort smothered the Stevenson offense holding them to just 24 1st half points and then a crushing 4 point 3rd quarter. Lincoln Krog led Stevenson with 14 and played a solid game from start to finish. Stevenson had their best quarter too late in the 4th scoring 18 and 13 of those from sophomore Bennett Wright who scored 13 off the bench and single-handedly prevented Montesano from pushing the game into a running clock situation.

Montesano will advance to face King’s Way next Tuesday with the winner advancing to the District Championship and a chance of qualifying to the Regional round of the State Tournament. Stevenson will face Hoquiam on Tuesday in a loser out consolation bracket contest.

(Vancouver, WA) The Knights held off the Grizzlies who closed to within 4 with about 90-seconds to play and now advances to the District Semi-Finals against Montesano next Tuesday. The winner of the Semi-Final contest will qualify for the Regional round of the State Tournament. Hoquiam will play Stevenson in the consolation bracket on Tuesday in a loser out contest. For more on this game read it here in the Columbian.

SC took the long road trip and shocked the home team Spartans with a huge win in the opening round. The Cougars now get La Center in the District Semi-Finals with a chance to advance to Regionals while Forks drops into the consolation bracket and will play Elma in a loser out. Both games are on Tuesday. The Columbian has more details on this game in this story here.

The Wildcats rolled in the opening round and now face Seton Catholic for the 3rd time this year in the District Semi’s on Tuesday at 7:30 at King’s Way Christian. The Eagles have their season on the line Tuesday night against Forks in a loser out game at Hoquiam with a 6pm tip-off. For more on this game read the story in the Columbian.