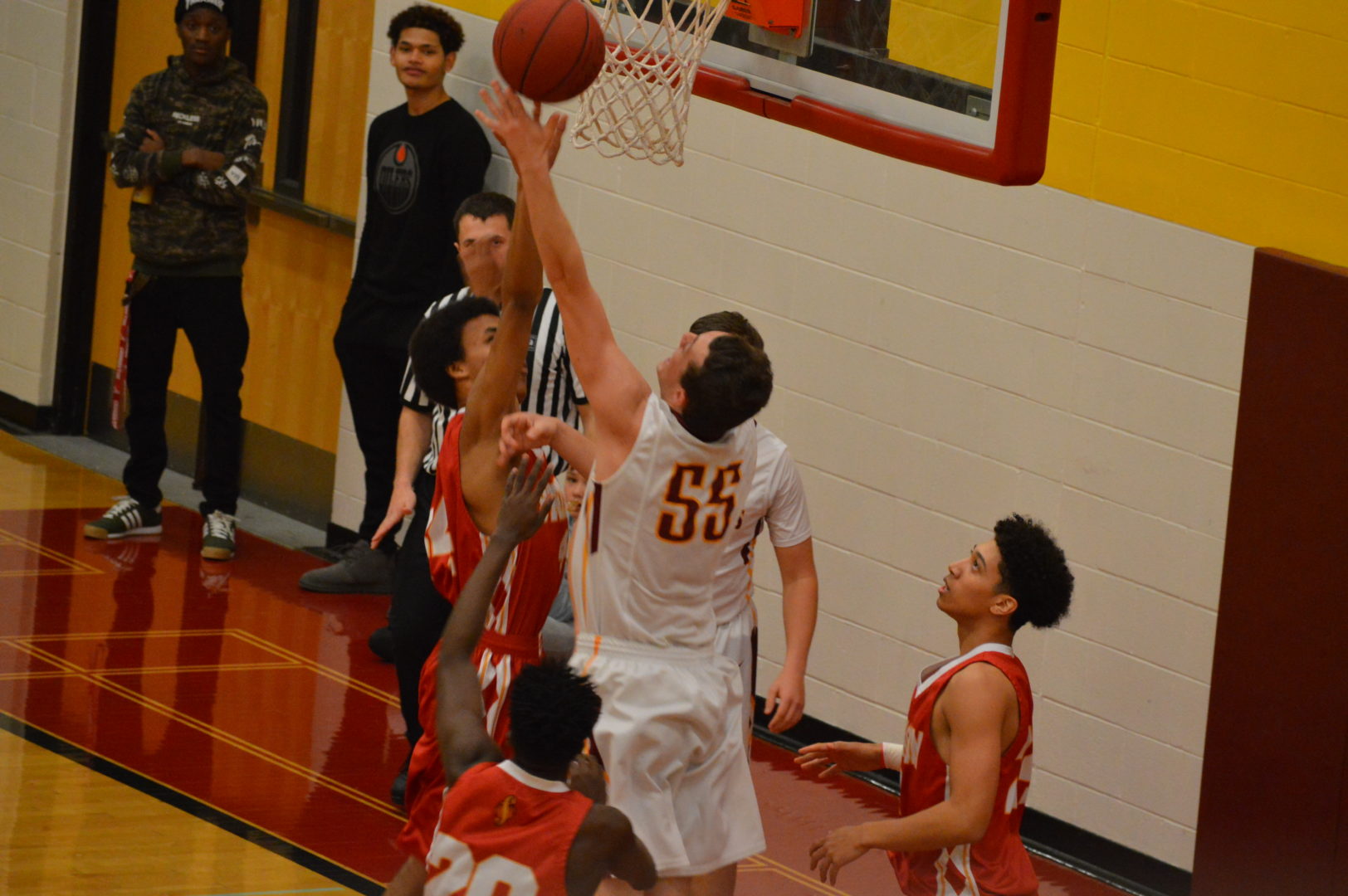 (Olympia, WA) The Steilacoom Sentinels visited the Capital Cougars Friday night for a girl/boy double-header and the Cougars swept both games. Both game stories are below with separate photo galleries.

The shorthanded Sents jumped out to a lead in the first half building as much as a 7 point lead late in the 2nd quarter. Capital was having difficulty in getting into rhythm offensively but Angelica Francisco helped jumpstart it off the bench draining the tying bucket with 6 seconds to go in the 1st and then opened the 2nd quarter for back-to-back scores giving Capital the lead for the first time.

Steillacoom would retake the lead thanks to leading scorer Kyla Miller who would lead all scorers with 20. Nadia Herring was also on in the 1st half scoring 8 of her 11 giving the Sentinels a 22-19 halftime lead.

The Cougars got things rolling in the 3rd knocking down 17 points. Nicole Lindblom got things going hitting a little jumper and she finished with 9 of her team high 15. Francisco again would come in off the bench and make a big impact hitting for 10 and finishing with 14. 7 other Cougs would also get in the scorebook including Senior’s Ashleigh Adams, Hannah Chamberlin and Calli Kaufman.

Capital improved to 6-4 while Steilacoom dropped to 6-4. Our Pacific Sports Spa Players of the game were Angelica Francisco for Capital and Kyla Miller for the Sents.

The boys game began much like the girls with Steilacoom a bit shorthanded but battling with Capital trailing only by 1, 12-11 after the 1st quarter. Torrey Cady began with the hot hand for the Sentinels hitting back-to-back 3-balls and adding a 3rd with just 12-seconds to play.

The Cougs Grant Erickson had taken control of the paint immediately but missed a few shots early on. This would not be a pattern though as the 6’6 junior began knocking down shots and grabbing several rebounds both offensively and on the defensive board. Erickson would blow up for 16 1st half points and finished with 25 and a double-double.

Capital would sprint away from Steilacoom with a 23 point quarter and holding the Sentinels to 12. The Cougs were also red hot at the free throw line hitting 12-12.

The Sents would play strong in the 3rd outscoring Capital by 1 but unable really cut into the deficit. TJ Page scored 6 of his 9 in the 2nd half after Cady was slowed down finishing with 18 for the game.

Capital would put the game away in the 4th with another 18 points. Chris Penner and Brandin Riedel would each finish in double figures for the Cougs, Penner with 12 and Riedel with 10.

Capital is now 9-1 overall and Steilacoom drops to 5-6. Our Pacific Sports Spa Players of the Game went to Capital’s Grant Erickson and Steilacoom’s Torrey Cady.