Boys Hoops: Roughriders prevail over Tigers as winning shot rolls off the rim 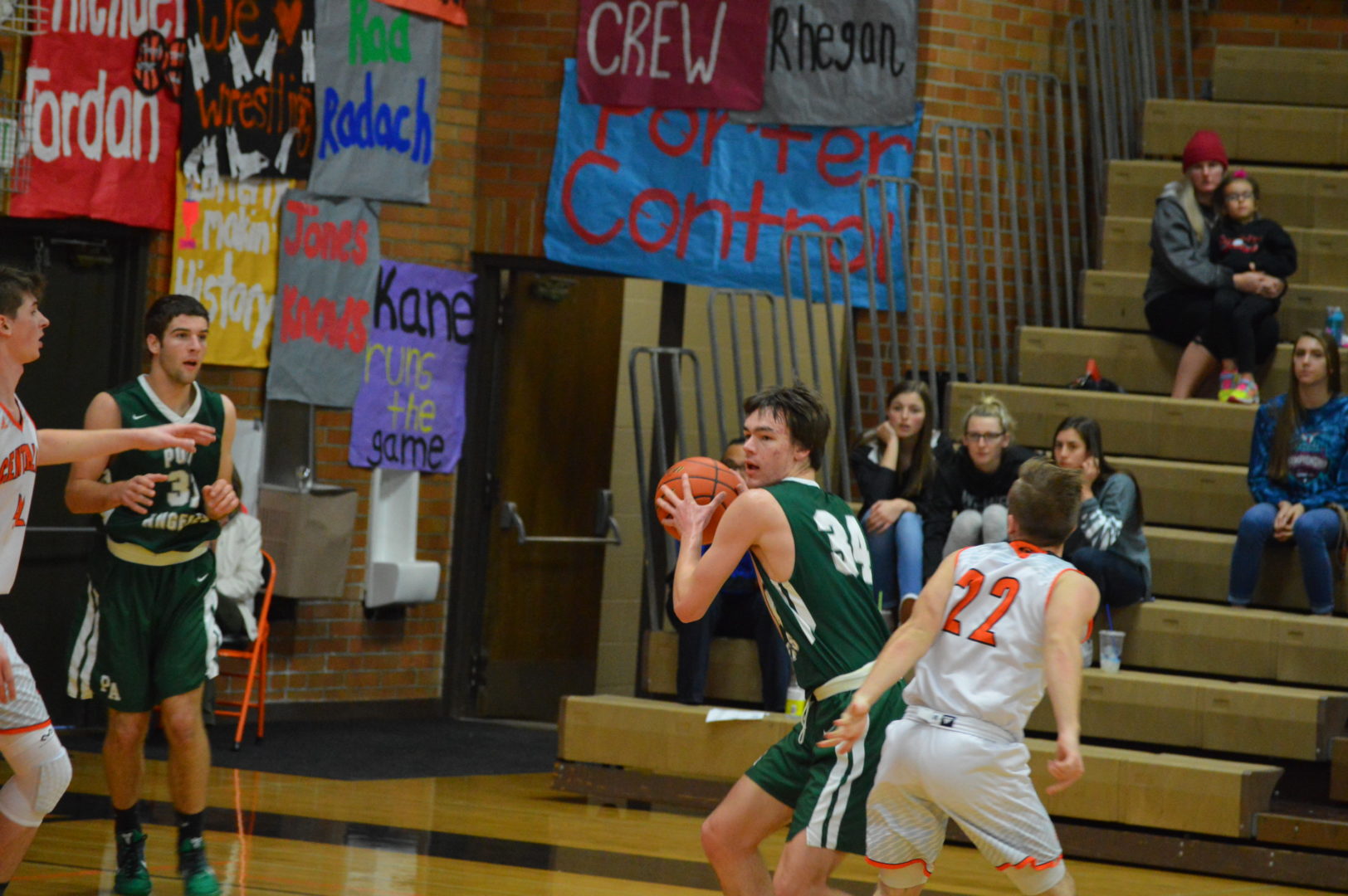 (Centralia, WA) The Centralia Tigers are now 2-5 on the year and exceptionally frustrated after suffering yet another tight loss. The Tigers are have lost their 5 game by no more than 9 and a grand total of 27 points or just 5 per loss. This one especially hurt since they fought their way back from a 10 point deficit to actually take the lead late in the 4th quarter.

The Roughriders trailing 47-46 got the ball down low to their center Liam Clark who laid it up and was fouled with 26 seconds to go. But Clark missed the free throw leaving it a 1-point game at 48-47.

With 10-seconds to play the Tigers roared down the floor and got the ball to Tyler Ashmore who put up a shot that rolled around and off the rim. There was a battle for the loose ball and while the final buzzer blew the officials ruled the jump ball occurred with a half second to play and it was Centralia’s possession. The Tigers got the ball into Ben Janssan who launched a 3-point shot in time but hit the back rim and off and Port Angeles held on for the 1-point win and improved their record to 5-2.

Kyle Benedict led PA and was the only Roughrider in double figures with 12. Liam Clark was solid with 8 including the game winnner and Easton Joslin had 7 but was stingy on the defense with several steals. For Centralia, Tyler Ashmore led the way 12 while Ben Janssan knocked in 11. Jackson Grimm had a big game for Centralia with 8 5 of those in the 1st half keeping Centralia close. But Grimm was tough on Clark holding him to just 8 points plus had some great assists and for those efforts he earned our Pacific Sports Spa Player of the Game for Centralia while Kyle Benedict was the standout for Port Angeles.