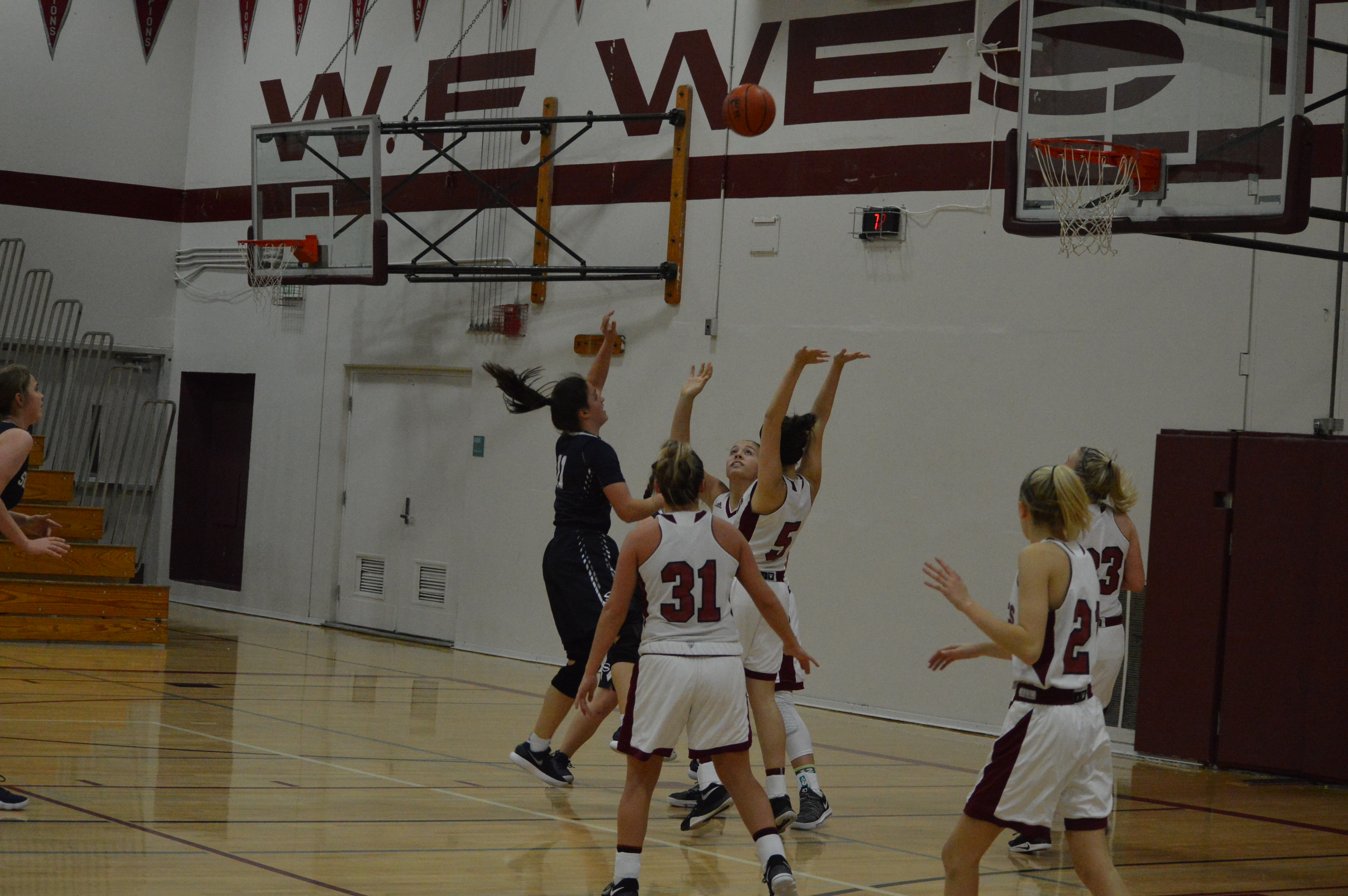 (Chehalis, WA) The Storm was in town but it was the Bearcats raining 3’s, 14 to be exact. WF West was throwing down long balls from every corner and from half the team, literally as 7 different Bearcat players knocked down a 3-ball. Leasing the way was Maggie Valdala who came out on fire scoring 15 of her game high 18 in the 1st half including 4 3-pointers.

In the 2nd half Valdala picked up her 4th foul very early in the 3rd and played sparingly. In the short time she played she did drill her 4th 3 to finish with 18. The Cats did not have to worry about offensive production especially 3-point shots as Julia Johnson, Courtney Bennett, Madi Haakenson and Taya McCallum all hit from behind the arc and combining for another 7 deep shots led by Bennett with 3.

The Cats defense was also at it’s usual full tilt but the Storm switched up and really attacked the inside and although they did not hit a lot of field goals they were sent to the line 19 times hitting 15 led by Nicole Christensen going 6-8 for her 6 points. Kazee Parks had 2 along with a 2 and 3 point field goal while Norton was held to 2 long balls. Chehalis finished with 4 players in double figures. That did not surprise Cats Coach Tom Kelly who told us they all have the green light to shoot and he expects them to put up plenty of shots from behind the arc.

Chehalis’ Madi Haakenson was our Pacific Sports Spa Player of the Game for the Bearcats for her overall 10 points and 6 rebounds but also for several hustle plays and she played tough defense. We chose Emily Norton as the Storm player of the game for her 17 points.

WF West is now 3-0 on the year while Skyview dropped to 1-2. The Bearcats will next take on Mark Morris while Skyview faces Prairie.