Girls Hoops: Wolves big 4th quarter too much for Panthers 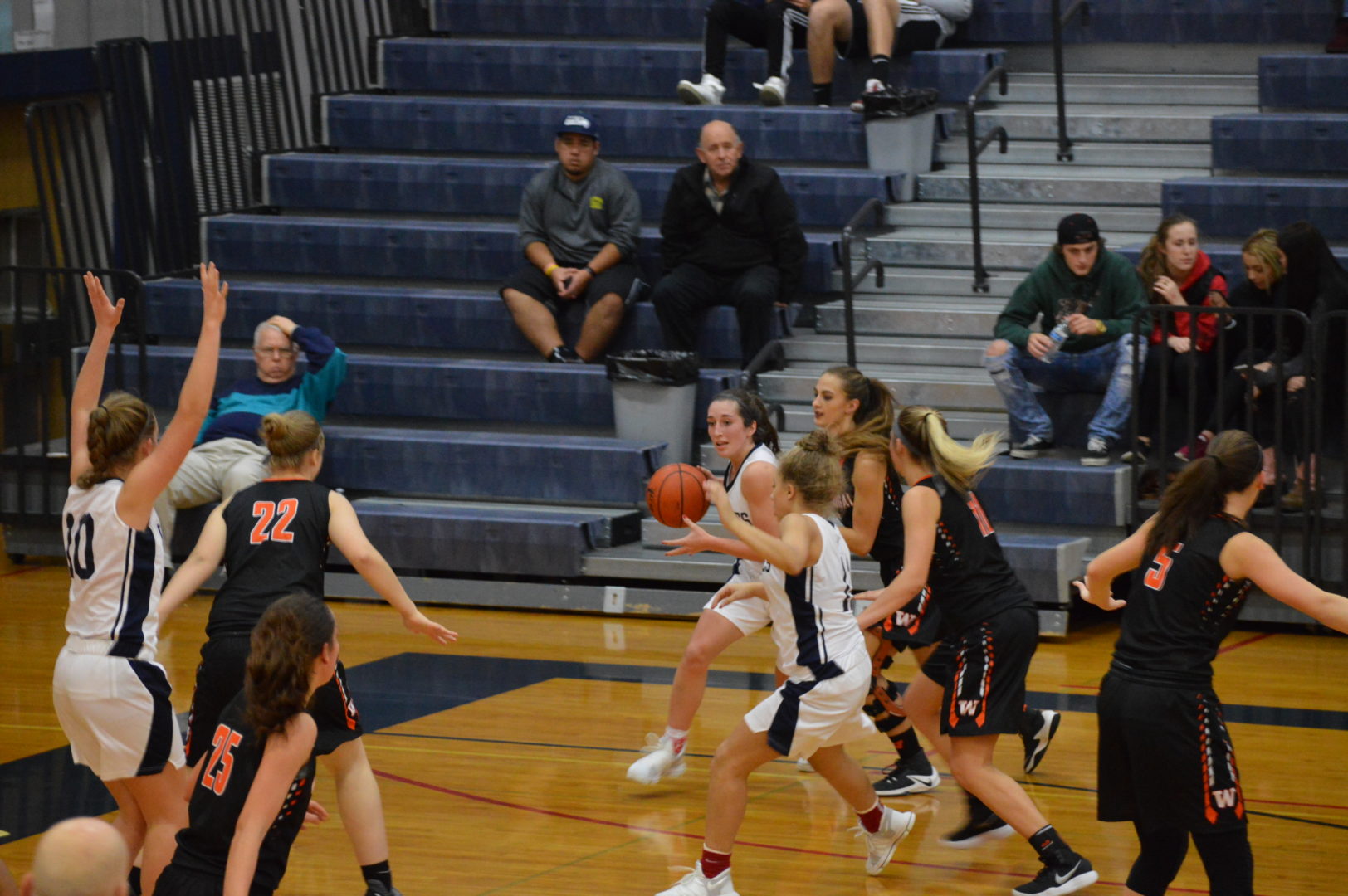 (Tumwater, WA) Both teams are familiar with each other and may very well see each other in the District Finals and possibly at State. Both teams are looking to return to the Yakima Sundome and both have several returning starters.

It is also early in the non-league season and as this game tipped off it was clear both teams are still working on some holes they expected they had to fill and a couple of unexpected holes. The Panthers have a new Head Coach in Brittney Knotts who takes over for Brian Oberg who led Washougal to State the past couple of years. Last year though he also had his freshman daughter, Mason, on the squad and started at point guard. Oberg a businessman stepped down last March saying he just didn’t have the time to commit to the program but they also lost what would likely had been their starting point guard for the next 3 years in Mason who transferred and is playing at Union.

For Black Hills it was yet another untimely and of all things a dental/jaw injury that is impacting a potential Player of the Year candidate for the Evco 2A. Maisy Williams was knocked out of the State Semi-Finals last March when she took an elbow to the mouth shattering several of her teeth. She was not able to finish the game which the Wolves lost and then could not play in the 3rd place game the next day.

This year in the jamboree Williams was going after a ball and took a knee to the side of the face this time breaking her jaw. Her jaw is now wired shut for at least 6 weeks and head coach Tanya Greenfield says they hope Maisy may be able to get back in time for the District Tournament and if all goes well maybe the last couple of regular season games.

Both teams struggled early on and the Panthers took the lead 11-8 after the first 8 minutes of the game. In the 2nd quarter, Beyonce Bea began to get going for the Panthers while her Freshman sister came in off the bench adding a couple of points but more help on the boards. McKinley Stotts was big in helping the Panthers stretch their halftime lead to 21-17 knocking down 7 of her 9 for the game.

The Wolves hung in there with a wide array of scorers with 6 different Wolves getting in the 1st half book. But going 6-13 at the free throw line allowed Washougal to hold onto the lead.

It looked like Washougal was going to run away with the game in the 3rd stretching their lead to as many as 10. Ashley Gibbons hit a big 3, Beyonce Bea was in a groove and Skylar Bea doubled her offensive output.

Lindsey Nurmi seemingly was the spark that kicked it in gear hitting a big 3-point shot. That shot would earn our ProActive Physical Therapy Play of the Game. Alexa Bovenkamp had been keeping the Wolves in the game and finished strong racking up 15 points. Bovenkamp and Nurmi also hit numerous free throw down the stretch to salt the game away.

Megan River and Jordyn Bender had solid outings for the Wolves and off the bench Saleena and Michaela Lee provided a boost. Our Pacific Sports Spa Players of the Game went to Black Hills’ Alexa Bovenkamp and Washougal’s Beyonce Bea.