(Montesano, WA) The Overlake Owl hit the daily double last year in soccer winning the State Championship in both boys and girls. After graduation there is always a question of how or if the defending Champs can make a run at the big prize again. For the lady Owls they answered that question in the opening round with a 2-0 shutout win and did it on the road over a very good Montesano Bulldog team.

These two had actually played in a non-league match back in September and they battled to a 0-0 draw. However, in that match Montesano Head Coach Fidel Sanchez said his defense had their best game of the season against the Owls but felt his squad would have to step up their offensive attacks in the re-match.

Overlake, on the other hand was bent on keeping up that offensive pressure and find a crack in that Bulldog defense and that is exactly what they did but it was a set play that finally got the Owls into the back of the net.

In the 18th minute the Owls lined up for a corner kick and the kick was launched beautifully from a player we could not see and no one we asked in the stands or sidelines knew who the kicker was but the receiver Serena Home knew what to do with it on the other end. Bulldog keeper Haylee Perkinson made a play for the incoming ball but Home was able to step in front and chest it away from Perkinson’s grasp and into the net to give the Owls a 1-0 lead.

Perkinson nearly single handedly kept the Bulldogs in the game with 2 beautiful sliding kick saves on the Owls’ Janna Basra who broke free twice and attacked only to be turned away. Basra would finally get her revenge in the 29th minute with a beautiful shot she chipped over the top of Perkinson after side-stepping a defender and Overlake moved out to a 2-0 lead. This shot would also earn our ProActive Physical Therapy Play of the Game.

The lead would not only hold up to the break it would hold up for the rest of the match giving the Owls a big 1st round win while the Bulldogs had their season come to an end. The Owls will have to travel to Wenatchee next to take on Cascade with the winner advancing to the Final 4.

Our Pacific Sports Spa Players of the Game went to Overlake’s Kayla Ngai for her overall effort from the backline to attacking she covered a lot of ground for the Owls. For Montesano it went to Haylee Perkinson and even though 2 goals got by her without her effort Monte would have been down at least 4-0 in the 1st half.

Other players who had solid games for Overlake included Sofia Beachman who was also in consideration for the Owls Player of the Game, Jenna Lacy, Kate McConnell and Anne Parsons-Proctor. For Montesano Peyton Polar, Anna Ayres, Hallie Stubb and Zoee Lisherness played well. 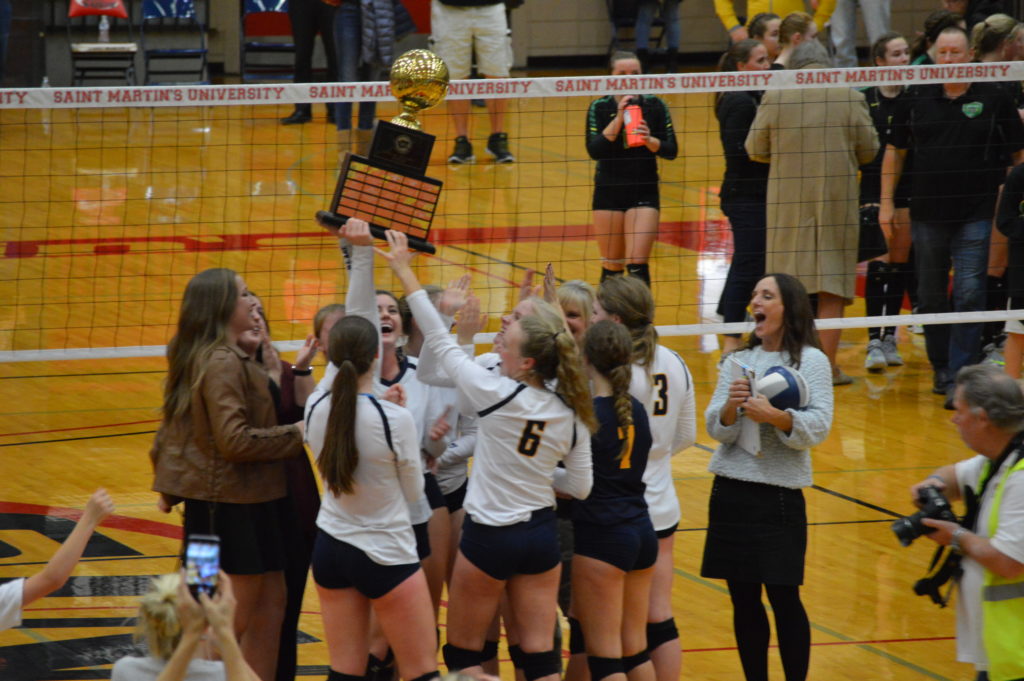