(Aberdeen, WA) The Mark Morris Monarchs have gotten used to playing loser out games beginning last week. MM had 2 final GSHL games against Washougal and RA Long and both would have eliminated the Monarchs. Those 2 wins secured 5th place and a chance to face the 4th place team from the Evco Aberdeen in yet another loser out game with the winner advancing to the District Tournament.

Aberdeen followed a similar path losing their first 4 league games to start 0-4. They then won 4 of their last 6 to edge out Centralia for 4th place. The young Bobcats have relied on their defense all season to stay in matches and had several close ones that could have easily flipped their season to the better. Aberdeen had given up only 20 goals on the season but scored just 15. They gave up 3 or more goals only 3 times all season and it was due to a strong backline and likely the best keeper in the league Reagan Glanz.

Prior to the game we always talk with the coaches and find out last minute changes, name pronunciations and other tidbits for the broadcast. This time we learned a bombshell from Aberdeen coach Larry Fleming who said Glanz was not available for this game and they had to turn to Reagan’s freshman sister Logan to step in for her first varsity start in a loser out or your season is over contest.

As the game began we figured the Monarchs would really try to put pressure on the fill-in keeper and they did as the offense pressed the Bobcat defense. Now the funny part of this story talking with Monarchs coach Eric Maxey after the game he did not know that Logan Glanz was in the box and no idea it was her first varsity start.

After the first half he would have not believed that was the case as Aberdeen held firm and shut out the Monarchs who probably spent nearly 35 of the 40 minutes on the Bobcats side of the 50. Glanz made some saves but it was the brick wall in front of her led by Nayeli Morris that frustrated MM. Morris had plenty of help as well with fellow defenders Taylor Coker and Amiah Leach.

At the half Maxey says they talked about how to break through the lock down defense and came out in the 2nd half trying to go wider and stretch the defense. It took 90-seconds for the new strategy to work when Olivia Bolinger took a Chloe Harris pass from the wing and popped it into the far side of the net for the 1st goal of the game taking the 1-0 lead.

MM would continue the pressure with several quality shots but some went wide and others high and they could not find the combination for an insurance goal. It would be a goal they would need because at the 60th minute Aberdeen nailed the equalizer on a beautiful long shot from about 30-yards by Brooklyn Lecomte and it was all even at 1-1.

The game remained a stalemate and it started to look like OT was in the cards when Macie Balkan came through with an unassisted gem to give Aberdeen the lead 2-1 with less than 7 minutes to play. This goal would also earn our ProActive Physical Therapy Play of the Game. Bolinger added a late goal in the 80th minute to seal it and Mark Morris has earned at least 2 more games beginning with Columbia River Saturday night at 7p in the Kiggins Bowl in the opening round of the District Tournament.

Maxey was impressed with the Bobcats and was amazed that not only Logan Glanz was a Freshman but Morris is a Sophomore and Leach another Freshman saying the Bobcats defense appears to be solid for the next 3 years.

Our Pacific Sports Spa Players of the Game went to the Monarchs’ Olivia Bolinger and the Bobcats’ Nayeli Morris.

The District tournament opening round also includes Ridgefield at Tumwater at 11am, WF West at Hockinson and RA Long at Black Hills along with Mark Morris at Columbia River all at 7p on Saturday. The Tourney is a double elimination with following rounds all played next week.

Sat Oct 28 , 2017
10/27/17 By Dave Weber (Centralia, WA) Kylan Touch rushed for 261 yards and all four of his team’s touchdowns as Aberdeen clinched its first playoff berth in recent memory with a 28-21 road win over Centralia on Friday. Touch carried in 39 of the Bobcats’ 52 plays from scrimmage, using […] 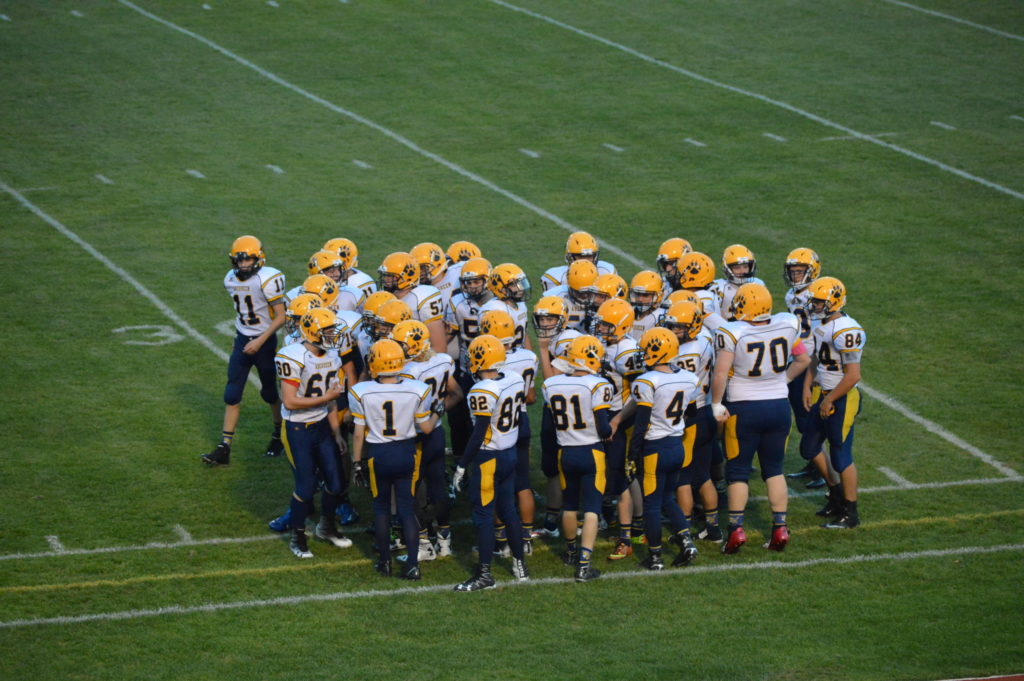