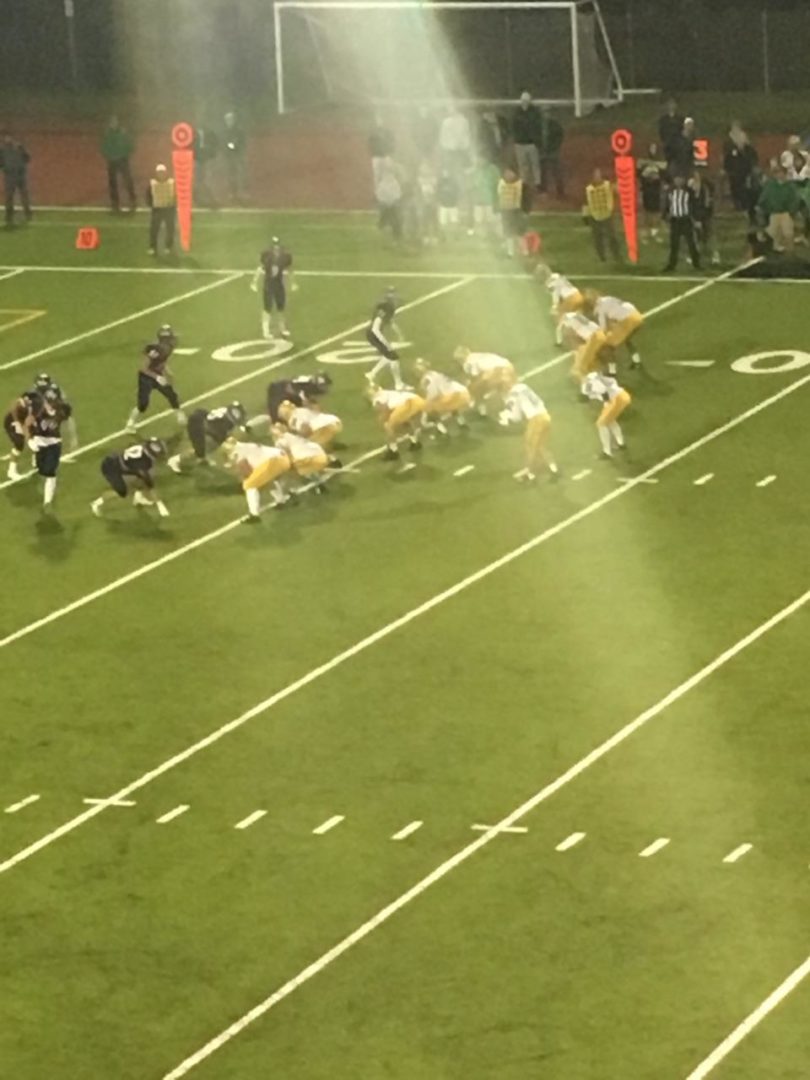 Paine gained 166 yards on 22 carries to put him at 1,037.  He scored the T-Birds final two touchdowns and also caught three passes for 49 yards giving him 215 yards total offense.

“My offensive line did an amazing job,” Paine said.  “The wing-T is so deceptive and our coaches know what they’re doing, they make the right plays calls.”

Tumwater’s first year head coach Bill Beattie stayed undefeated in games with the Wolves, having defeated Black Hills once, in 2003, while coaching Olympia.  The T-Birds (6-2, 3-0 in the Class 2A Evergreen Conference) added to what is now a 16-3 lead in the all-time series with Black Hills (4-4, 2-2).  But Beattie didn’t breathe easy at the start.

The T-Birds scored four minutes into the game on a one-yard Zane Murphy run after his 44 yard dash earlier in the drive paved the way. But the Wolves quickly countered when, on third-and-11, Jaden Toussaint broke away up the left sideline to tie it with a 60-yard run.

“Black Hills came out flying after us,” Beattie said.  “Our kids responded well.  I’m proud of the way they picked it up, proud of the way our coaches on both sides of the ball prepared them this week at practice.”

After Toussaint’s touchdown, Black Hills – playing its second game without injured starting quarterback Ethan Loveless and its first without his brother, running back Zach Loveless, hurt in last week’s overtime loss to ninth-ranked W.F. West – did not gain more than a single yard on a play from scrimmage until a 27-yard third quarter Wyatt Rollman to Jordan Claridge completion out of the wildcat formation.

A 23-yard field goal by Nathan Seaman broke the early tie.  Holbrook scored the first two of his touchdowns before halftime and Tumwater went in at the break up 24-7 and was never challenged thereafter. Tumwater will host W.F. West, also undefeated in 2A EvCo play, in its regular-season finale next week.

Holbrook was selected Pacific Sports Spas player of the game for Tumwater while Toussaint earned the honor for Black Hills. The fourth quarter carry that put Paine over the 1000-yard mark was named ProActive Physical Therapy Play of the Game.