Volleyball: Puyallup keeps pace in tight SPSL 4A race with sweep of Olympia 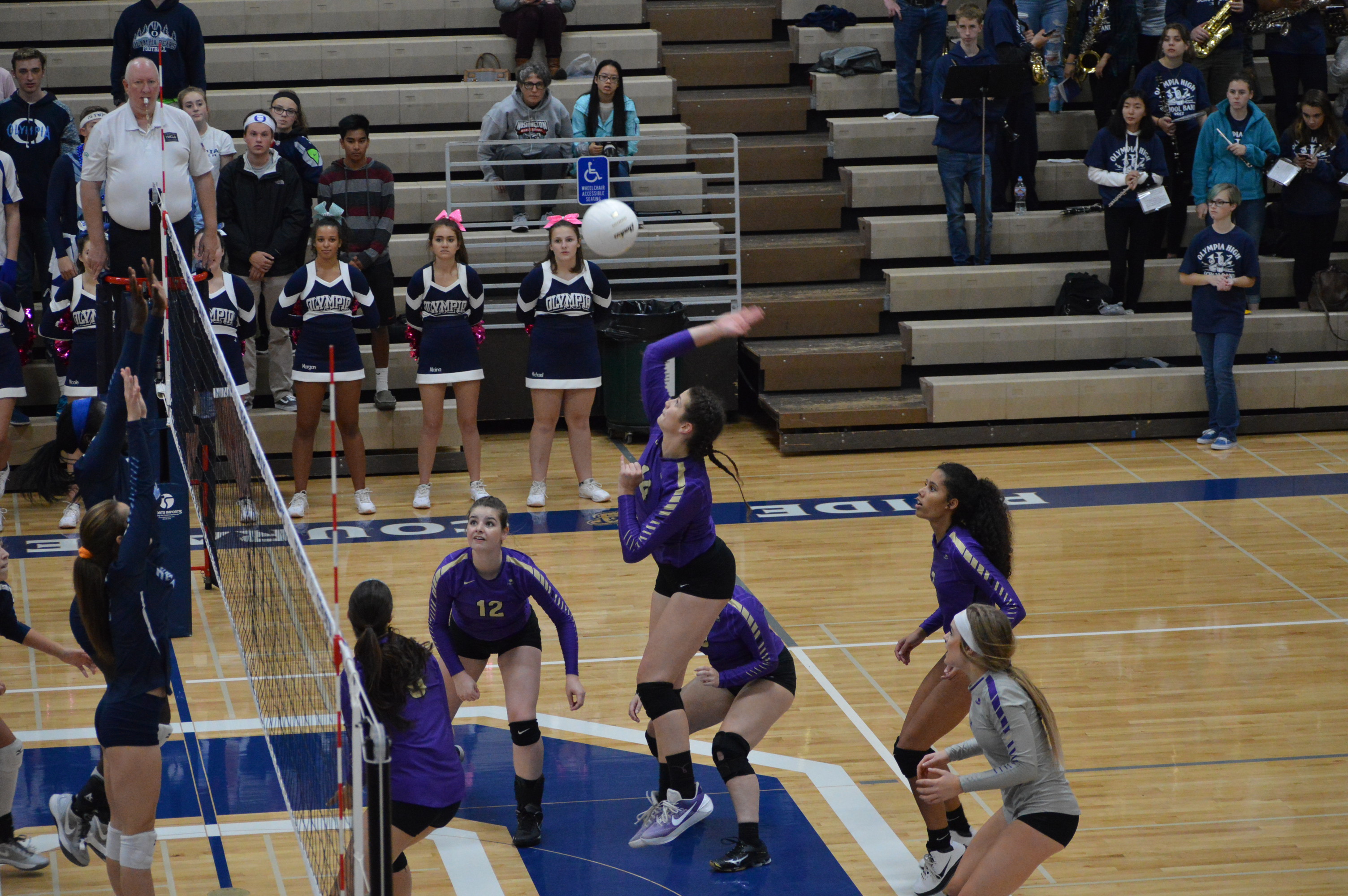 (Olympia, WA) The Puyallup Vikings came into this match with quite a battle for 1st place in the SPSL 4A league as the top 8 get set for next week’s SPSL tournament. The Viks were trailed Curtis who were 6-1 heading into tonight’s match by a half game and tied with Emerald Ridge and Graham Kapowsin both are 5-1.

The Olympia Bears stung by injuries and with a young team had struggled but still laid to 7th place with a 2-5 record and good enough to get into the SPSL tournament and a chance to advance to the District tournament.

The Vikings and Bears were wrapped up in a tight contest as Olympia took an early lead with Adeline Denslow, Jessica Jewell and Avi Vetter scoring from the service line and Bea Asomaning and Camryn Wilson firing shots from the net. The built an 11-9 lead when Vikings head coach Tony Batinovich called a time-out and challenged his team to step up and play to their level. The challenge was accepted by his squad and you could see a renewed focus.

Puyallup launched a comeback and overtook the Bears 13-12 and never looked back eventually winning 25-20. During this run Sophia Beamish and Sophia Spoja both had some tremendous kills shot and huge blocks stymieing Olympia’s front line. Kaitlin Sugai put the second set away with her own booming kill shot.

In the 2nd set it was a freshman off the bench who set the tone for the rest of the match. Sara Scavotto stepped to the service line with the score tied 3-3 and when she reeled off 7 straight points and when she was done led the Viks to a 10-4 lead, a lead that would only get bigger and finished with a comfortable 25-14 win.

The sweep set played out much like the 2nd set with some early scoring by Puyallup. Anna Saelins had a strong match with sets, digs and kills but added a couple of points early in the 3rd along with Jaye Hodge and Tat Utley and the Vikings pulled out to a 11-3 lead on Cara McGuire’s service point. Puyallup finished strong winning 25-16 to improve to 6-1 with 1 match to play against South Kitsap. The Bears are finished with regular season play at 2-6.