Football: Big 1st half propels Bearcats over the Bobcats in Evco 2A Opener 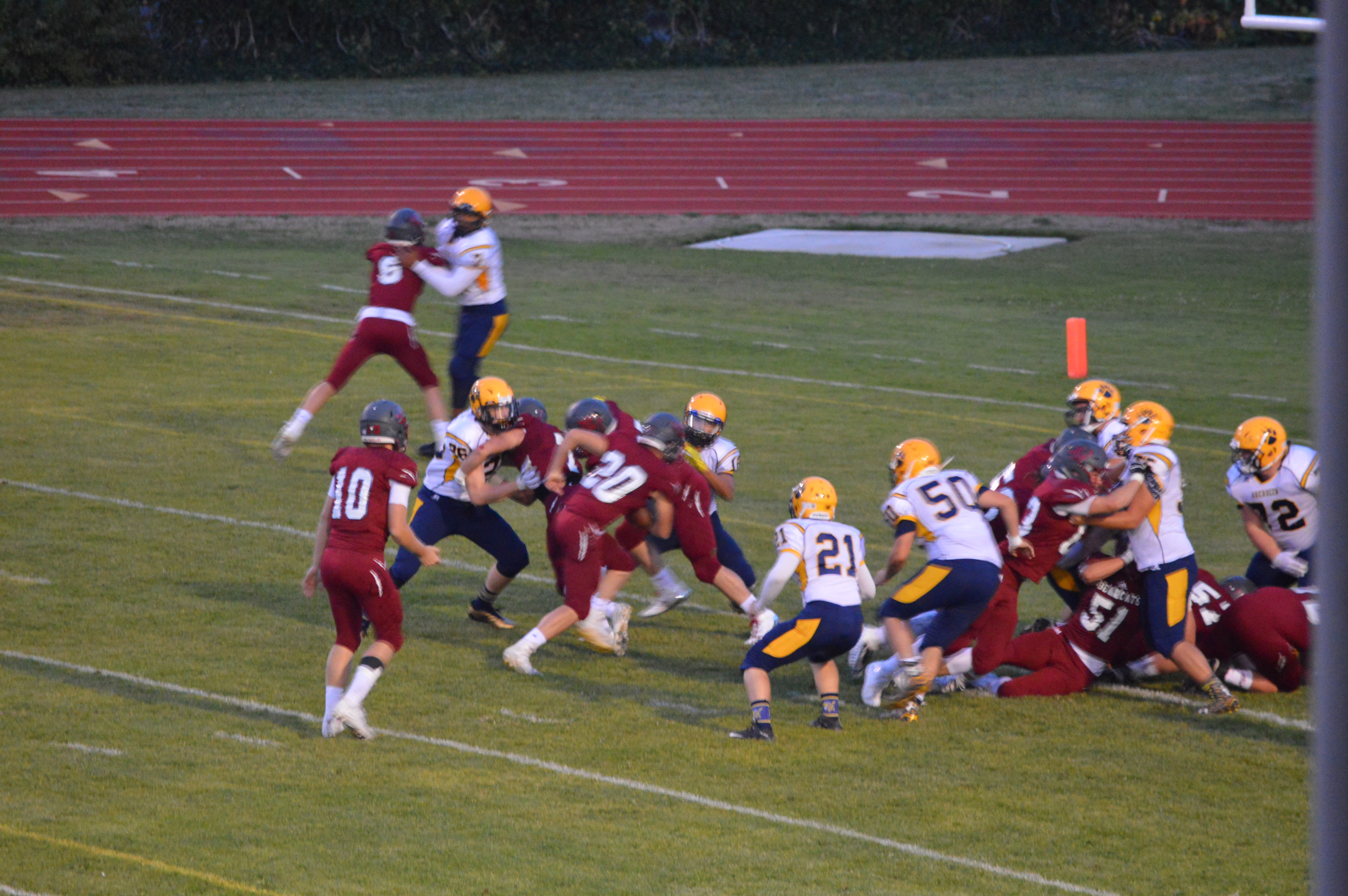 (Chehalis, WA) Both teams came into the league opener feeling pretty good about their non-league schedules with the Bearcats at 3-1 and the Bobcats 2-2. Aberdeen was coming off 2 straight wins while Chehalis was coming off a tough loss to Lake Washington.

with the jelling of the offensive line. The first drive of the game pretty much answered Wollan’s concerns as they marched down the field 57 yards all on the ground led by the running of Ka’Imi Henry who had 35 yards followed by a 21-yard burst from Jaiyden Camoza and Lafe Johnson would punch in the 1st touchdown from the 1. Cory “Legatron” Davis kicked the PAT for a 7-0 lead.

The Bearcats added to their lead with their 3rd possession after a big punt return from Tyson Guerrero to the Aberdeen 34. The Bobcat defense held firm forcing a 4th down on the 13 when Davis came in and hammered through the 30-yard field goal which may have been good from 50 and it was 10-0 with 3:52 to go in the quarter.

The next series ended up being the key series in the game when the Bobcats began a long drive on their own 37. RB Kylan Touch was heating up and QB Ben Dublanko was hitting his receivers. The Bobcats drove all the way down to the 5-yard line for a 1st and goal. A touchdown would put Aberdeen right in the game. The next play was our ProActive Physical Therapy play of the game when Touch took the hand-off and tried to get around the left end but Guerrero and Camden Bull were there to string out the sweep play and forced Touch out for a 4-yard loss setting up a 2nd a goal from the 9.

On the next play the snap would get past Dublanko and he would fall on the loose ball back on the 25. The Bearcats held and took over on downs. After an interception by Touch Aberdeen took over on their own 24. They would move out to the 33 and faced a 4th and 1. Bobcat Head Coach Kevin Ridout decided to try and catch the Bearcats off guard and went for it on a quick snap but the Chehalis defense were not fooled and dropped Touch for a 3 yard loss and took over on the Bobcat 30.

3 plays later Camoza would scamper in from the 17 for a touchdown and now it was 17-0. This opened the flood gates as Guerrero picked off a pass and returned it to the Aberdeen 30. On the next play QB Nole Wollan hit Leandre Gaines with a 30-yard strike and pushed their lead to 24-0. After a quick 3 and out Wollan found Brandon White for yet another score before the break and led at halftime 31-0.

Neither team would score in the 3rd quarter but Camoza just 8 seconds of the 4th quarter to bust off a 40-yard touchdown run. With the extra point Chehalis led big 38-0. Aberdeen would avoid the shut-out after Dublanko scrambled 30 yards to the 3 yard line followed by Aiden Neely taking it the rest of the way, Giovanni Pisani added the extra point to make it 38-7.

Our Pacific Sports Spa Players of the Game went to WF Wests’ Offensive line who certainly jelled leading the offense to 391 total yards and 38 points. For Aberdeen Zach Carpenter was our player of the game. Carpenter suffered a tremendous loss this week and still showed up to play as the starting center.