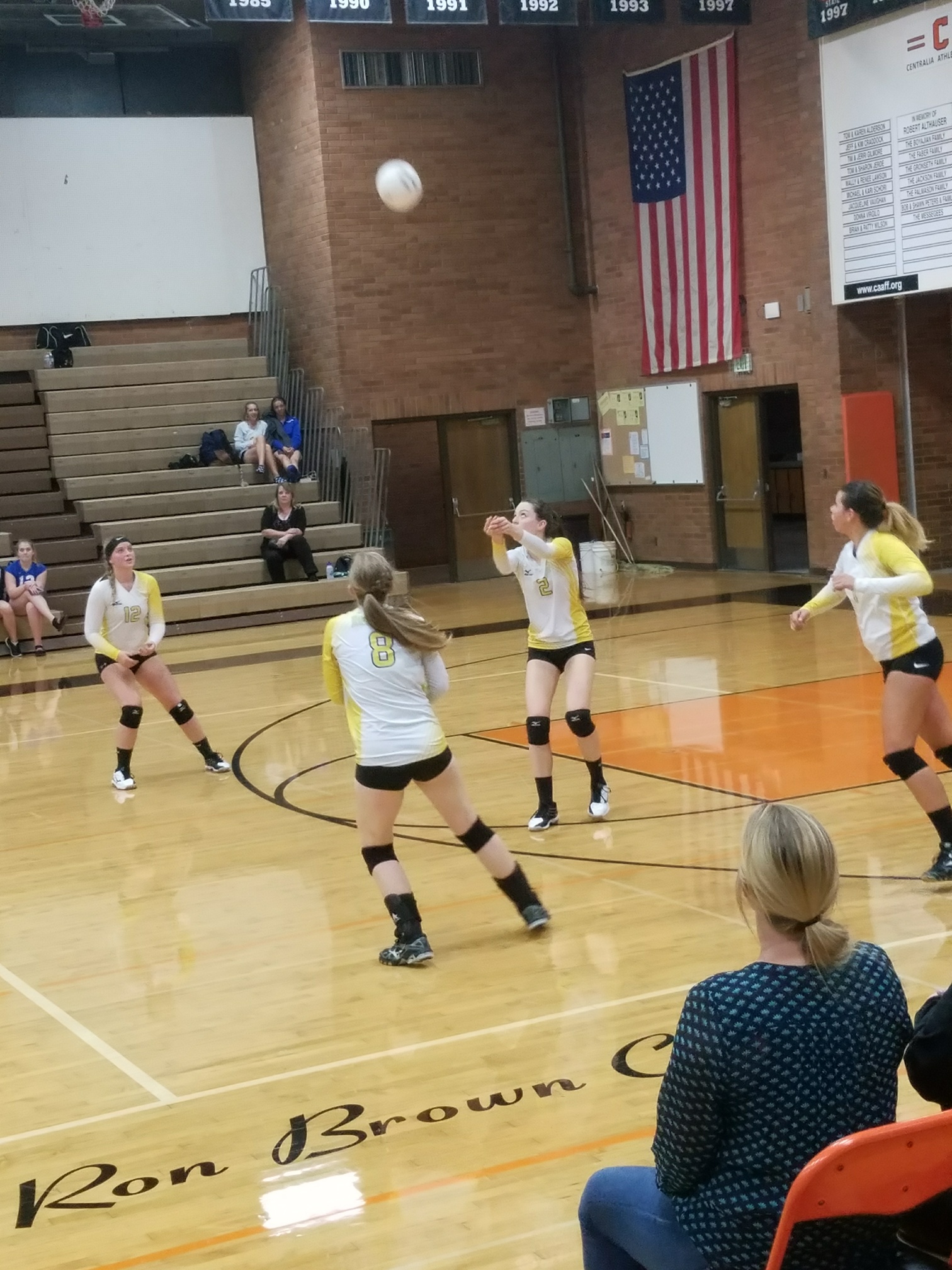 (Centralia, WA) The Centralia Tigers were looking to get a fast start on the Evco 2A league after a successful 4-1 non-league schedule and they wasted little time in strutting their stuff. The Tigers hosted Rochester who also looked to be improved with a 3-3 non-league mark.

The Tigers quickly jumped out to a 9-4 lead in the 1st game when Chelsea Petrino came to the line for Centralia and reeled off 9 straight points to push the lead to 18-5. This run also earned our ProActive Physical Therapy Play of the Game.

Rachel Wilkerson had 3 kills in that first game as well to set the tone. Wilkerson would go on with a solid match all-around and continued to bring the hammer throughout the match. Wilkerson would get our Centralia Pacific Sports Spa Player of the Game. The Tigers cruised to a 25-12 win in the first game.

In the 2nd game the Warriors were showing some spunk and hung with the Tigers for about half the game. They were within 5 trailing 16-11 when the Tigers went on a 9-4 run to finish off game 2 25-15. For Rochester Marissa Riggsbee played hard and had some success at the service line. Paige Winter and Lexi Jones-Sederberg also playing hard especially along the net. Riggsbee won our Rochester Player of the Game.

Centralia wrapped up the match with an overwhelming win in the 3rd game led by Danika Jensen who scored 11 straight points blowing open the game from a 10-8 lead to a 21-8 lead. Jaelyn Friberg came into replace Jensen during the run and added 3 more points and when they were done led 24-9. Other big performances from the Tigers included another all around performance from McKenna Smith and Joelle Mettler while Kylie Sharp was sharp at libero.

The Tigers are now 1-0 and 5-1 overall while the Warriors drop to 0-1 and 3-4. Centralia goes to Tumwater on Thursday while Rochester will host Black Hills.