The River Ridge Hawks came into this showdown with the Warriors on a roll and 5-0 in league play, 9-1 overall with 5 straight wins. Clover Park was 3-2 in league play dropping 2 early in the season and since reeled off 7 straight wins. They also had an advantage as the Hawks came in shorthanded due to illness. Starter Tre’vonne Dorfner was out with the flu and LaBrandon Price was gone all week until today and would play but was not at 100%.

It didn’t seem to matter as the Hawks blueprint is to roar out to a big early lead and then play catch us if you can. River Ridge usually relies on hitting several shots from behind the arc but on this night only Issiah Scott would connect from deep and only once. Jaden White who is one of the Hawks sharpshooters changed his game after missing several times from beyond the 3-point line and attacked the hoop scoring and drawing fouls. White would lead the charge with guard Kobe Key in the 1st quarter as River Ridge sprinted out to a 25-8 1st quarter lead.

The Hawks would slow down in the 2nd quarter scoring only 2 points in the first 4 minutes but then finished strong with help from Jordan Skipper-Brown off the bench scoring 6 in the 2nd frame. Price also was effective getting 8 of his 12 in the 1st half while Mac Armstrong knocked down 7 with several trips to the free throw line.

Clover Park could not take advantage of the Hawks cold streak but did match the 14 points and remained 17 behind the Hawks at the break. SemaJ Booker scored 12 of his 15 points in the first half carrying the load for the Warriors. Booker could have had a lot more as he got to the free throw line 17 times but only connected on 6 hitting 35% from the line.

Clover Park would make a big run in the 3rd quarter led by the outside shooting of Davien Harris-Williams who hit all 3 of his 3-point shots and the Warriors would actually get back to single digits just before the end of the quarter trailing by 9. Deontae Jackson kicked in and Dakari Jefferson got on track to push the CP offense. The Warriors would be within striking distance as the 4th quarter began trailing 51-41.

The Hawks had looked tired at the end of the 3rd but the break re-invigorated them and they quickly doused the comeback flame of the Warriors capped off with a thundering dunk from Jordan Skipper-Brown that ignited the Hawks and the home crowd which would also earn our ProActive Physical Therapy Play of the Game . The 2 teams would then trade buckets and the inside game of the Hawks with Skipper-Brown and Kelle Sanders kept Clover Park at an arms length lead to finish off the game with their 6th league win of the season.

The game was a free throw contest at the end of the game as 49 fouls were whistled leading to 72 free throw attempts and only 38 made for a combined 53%. (We didn’t say it was a good free throw contest.) Our Tommy Lowe of the Greene Realty Group Players of the Game were Jaden White for River Ridge and Davien Harris-Williams for Clover Park.

Sat Jan 9 , 2016
1/8/18 (Vancouver, WA) The Union Titans wasted no time in establishing their dominance over the Mt.View Thunder last night with a 89-42 conference win. The Titans took a 56-20 lead into the locker room at the half. The Columbian’s Tim Martinez was was at the game and you can read […] 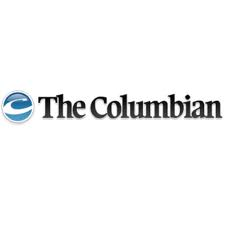